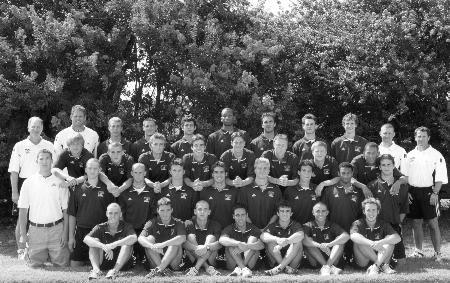 Six years ago, TCU saw the last of the men’s soccer team. Now, several students plan to put forth the effort to have a team reinstated.

In 2000, the Garvey-Rosenthal Soccer Stadium opened, and two competitive soccer teams were ready to play. Only one continues to play on the TCU soccer field today.

By the end of 2001, the athletics department made the decision to drop the men’s soccer team, said Marcy Girton, senior women’s administrator in the athletic department.

Zach Walters, a junior business major, along with about 10 other student supporters, said they will try to restore the men’s soccer team.

“A lot of guys that I know came to TCU thinking they were going to be able to play (soccer),” Walters said. “Now they can’t because it was removed.”

Walters and the club team plan on working together to create a Web site, fliers and an online petition for this year.

Walters said he wants to do whatever it is he can to bring men’s soccer back to TCU.

At the time of its removal, the team was a non-scholarship program, unlike every other TCU athletics program. That was never an issue until TCU made the switch from the Western Athletic Conference to Conference USA in 2001.

Girton said the team struggled to compete, scholarship money was lacking and the little money that one man – whose name was unidentified – donated to the men’s soccer team barely completed one full scholarship.

“We didn’t have a funding source for soccer,” Girton said. “We tried to generate some funding, but it just wasn’t successful.”

For nearly six years, many students and club soccer team members have said Title IX was the reason why the team was removed. Rumors of the infamous Title IX amendment took the blame for the team’s removal.

“Title IX has nothing to do with it,” Girton said.

Title IX is an educational amendment created more than 30 years ago in order to protect people from discrimination based on gender in education programs or activities that receive federal financing, according to the U.S. Department of Education Office for Civil Rights.

The women’s soccer team provided scholarship opportunities for women since day one, and continues to comply with prong two today; therefore Title IX has no involvement with the removal of the men’s team.