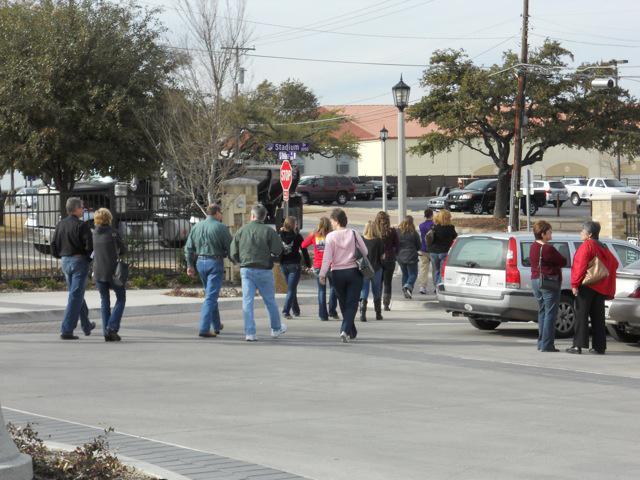 Admission applications for the 2011-2012 school year have already passed last year’s record of 14,075 and have shown no sign of slowing down, Dean of Admission Ray Brown said.

The record-breaking number of applicants to the university has increased selectivity and created challenges for the Office of Admission, Brown said.

With the number of applications received and the limited number of spots available, TCU would not have to extend admission offers to as many applicants, Brown said. But at the same time, the university did not want to become overly selective.

Brown estimated that TCU was already the second-most selective university in the state, after Rice University.

“You don’t want to get so selective that you turn your back on people who have made TCU what it is,” Brown said.

The look of TCU’s campus, the national exposure from success in athletics and the hard work of the Admission staff are what Brown said he considered to be among the reasons for the rapid increase in the number of applications received.

Although the number of applicants has increased, TCU is aiming to decrease class size, he said. Incoming class sizes were larger than targeted the past two years, with a freshman class of 1,821 students both times.

Senior Carissa Cotner, a strategic communication major, said ensuring that the classroom sizes remain small is important to her and might also be a factor in attracting prospective students.

“I know at bigger universities there are classes filled with people, which makes it impossible to really discuss anything,” she said.

If the university receives the projected 18,000 applications, admission would be limited to about 7,000 students in order to achieve the 1,800 student goal, Brown said. Last year, 14,075 students applied and 7,400 were accepted to achieve a final class size of 1,821.

With TCU receiving more applicants, it would be increasingly more difficult for prospective students to stand out.

A certain number of “outstanding” students were offered admission after just one review of their application based upon the difficulty of classes taken, grades, class rank and test scores. The criteria for what would be considered “outstanding” in all of these areas would now go up, Brown said.

Brown also said that with the university’s increasing popularity, the percentage of admitted students that choose to enroll in the freshman class would also go up. This would allow the university to move further ahead in selectivity among other universities in the state of Texas.