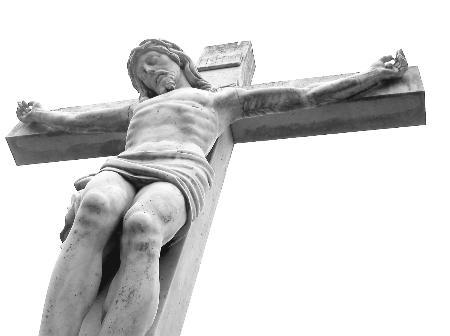 In the past few weeks, you might have been wondering what AFTERdark is. I attended AFTERdark my freshman year at the request of my Frog Camp facilitator who, when I asked exactly what AFTERdark was, said simply that it would be a good time. When Joe White took the stage, it was fairly obvious what was going on. Joe was building a giant crucifix (300 pounds, to be exact) on the stage of Ed Landreth Hall. Admittedly, seeing what he was doing in front of me was both a shocking, but thought-provoking experience. The difference, however, was that the kind of gospel that Joe taught was not the gospel that I believe in.

Do not misunderstand what I am saying, though. What AFTERdark is trying to do is a good thing. Sharing the story of Jesus is essential and noble. I believe in Jesus, and I try to model my life after him. I know that God has called me to share the message of Jesus. From all the advertisements that have been around campus, there’s no doubt that the people who are working to organize this event also share the same love for Jesus.

But the theological statements that AFTERdark is making by performing this kind of ministry beg some troubling questions. By refusing to divulge what AFTERdark is specifically, what is being said is that to convert people to believe in Jesus, you must lure people to get them to hear that message. By Joe White hammering and tirelessly working to put a huge cross together and then erecting it, the gospel message portrayed is one of guilt and suffering. Essentially what was being said was that through the giant cross and guilt of what Jesus did for humanity, people will then come to follow Jesus.

That is not the Jesus that I believe in.

The worst part of what AFTERdark is trying to do is that many people may be turned off by this message of guilt. If that were the sole message of the gospel, I myself would not be a Christian. Why would people believe and prescribe to a religion that is based solely on that guilt factor? The crucifixion is a major part in understanding who Jesus was, and no matter what kind of gospel someone adheres to, the importance of that event cannot be neglected. But the sacrifice Jesus made makes up only one part of a four part gospel.

There are so many other wonderful and beautiful parts of the gospel of Jesus. His forgiveness and unending love for all people are just as important to understanding the entire gospel, if not more so. When Jesus went out and spoke to the people, he did not use deceitful tactics. He spoke to them directly with compassion and if they did not accept his message, he left. The tactics that AFTERdark is using for its goal (a giant cross and an altar call) are directly opposed to that. More than anything else, I regret that the gospel that people will see at AFTERdark is fragmented and deceitful. I hope that those who go will someday get the chance to experience the whole message of Jesus.