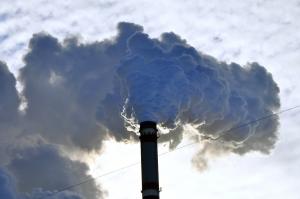 In a controversial battle with residents of the Como area of Fort Worth, Chesapeake Energy decided to pull its request for natural gas drilling permits from the city of Fort Worth and end a drawn-out battle.

The answer surrounding this questionable withdrawal from drilling in the area may be found in the upcoming air quality study concerning natural gas drilling in North Texas. Fort Worth Mayor Mike Moncrief supported funding the $600,000 study to satiate both concerned citizens and an ever-looming Environmental Protection Agency regulatory commission.

If not for the air quality test, we may question the residents in Como. Perhaps they were simply misinformed about natural gas and its benefits and did not realize the economic boom drilling could have been for their neighborhood and quality of life.

Simply put, it seems Chesapeake was tired of the battle, regardless of air quality testing.

The average concerned university student should know the facts about and safety issues involved with wells and drilling in general. Chesapeake withdrew its permit to drill north of Amon G. Carter Stadium and if the company ever pursues the permit again, this will understandably cause some hesitant students and overbearing parents to worry.

Fear not, there will not be any BP-style offshore drilling rig explosions here in North Texas. Natural gas drilling in North Texas is inherently safer because that there are not any volatile gas pockets in the drilling zone such as those that contributed to the Gulf of Mexico explosion. This is due to the fact that the formations in the Gulf are of a sandy nature and give up the gas more easily, versus the rocky formations found in the Barnett Shale. Also, according to Bloomberg.com, the cement job that sealed the well may have been imperfect. Cementing was also a factor in 18 of 39 Gulf of Mexico well blowouts over the past 14 years.

Regarding air quality fears, residents of Dish, TX in Denton County, who were worried about their air quality due to drilling and compressor emissions, had the Texas Commission on Environmental Quality test it, as well as an independent test from Wolf Eagle Environmental. The independent data allegedly found high levels of carcinogenic benzene and tolulene.

While seemingly dangerous, Terry Clawson, spokesperson for the Texas Commission on Environmental Quality, said, “The mayor’s own alleged data indicates readings barely above long-term thresholds that would only be of concern after 70 years of continuous exposure.”

This is good to hear, considering the fact that emissions from drilling only last for about two weeks, the length of drilling the well, according to NaturalGas.org.

In short, there is nothing to fear regarding the safety of and resultant air quality related to natural gas drilling in North Texas. We can enjoy the economic benefits the Barnett Shale has provided us with.

Danny Peters is a senior writing major from Fort Worth.