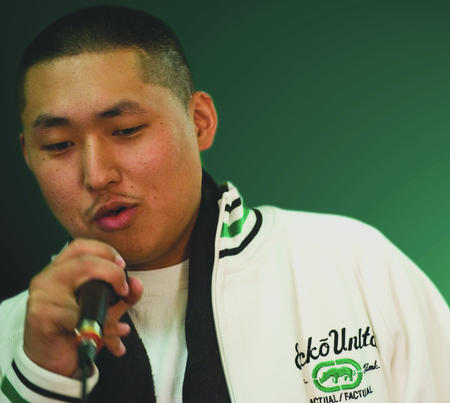 “I wanna give gold and chariots to the proletariat.”

Andrew McCollough, a 2005 graduate, said this phrase sticks out in his memories of the university. McCollough said he found inspiration for some of his lyrics during class lectures, such as the history of western civilization. He said this eventually lead him to a career in music where he became rapper Dru B Shinin’.

McCollough said he also credits the university’s atmosphere of open-mindedness for evolving his craft. The first place he ever performed was at the university’s Battle of the Bands in 2000, he said.

McCollough said people used to tell him that he “be spittin” raps, but instead of “spittin”, he said he wanted to “be shinin.” He said he shortened Andrew to Dru, which all culminated in his rap name.

McCollough said he worked for a stock-trading company right out of college, but said he soon found his nostalgia for rap was interfering with his job.

“I missed rapping, I missed performing and creating, and somebody would say a word and I’d automatically focus on rhyming the word,” McCollough said.

He said he first tried to get his shot at the music industry in Fort Worth, but when he was left with few connections in the area, he said he moved back to Topeka, Kan. But McCollough said it soon became difficult to find gigs in Topeka, where bar owners feared a hip-hop performance would lead to violence.

McCollough said he wants his raps to be heard because of all the work he’s put into his craft. He said he believes that people will respond to his music, so he wants to be able to reach those people.

Dru B Shinin’ and Big Choc
When: 10 p.m. Saturday Where: The Aardvark


“It’s much more sincere than most rap that I’ve ever heard,” Williams said. “And maybe it’s because I know him, but I can hear the truth in it and to me, that just kind of heightens it a little bit.”

McCollough said being from the Midwest, he grew up idolizing other rappers from his region like Bone Thugs-N-Harmony, a Grammy Award-winning group from Cleveland.

But McCollough said instead of focusing on typical rap cliches like drugs and guns, he tries to incorporate everyday life into his rap. He said he uses the knowledge and international outlook he gained from the university in his music while still focusing on subjects relevant to the streets.

Williams said McCollough’s music has a completely different sound from other rap.

“I think it’s a real welcoming sound, which is probably not that often heard,” Williams said. “Even hip hop that people like a lot of times has a bravado about it that people can’t really associate with in their real life.”