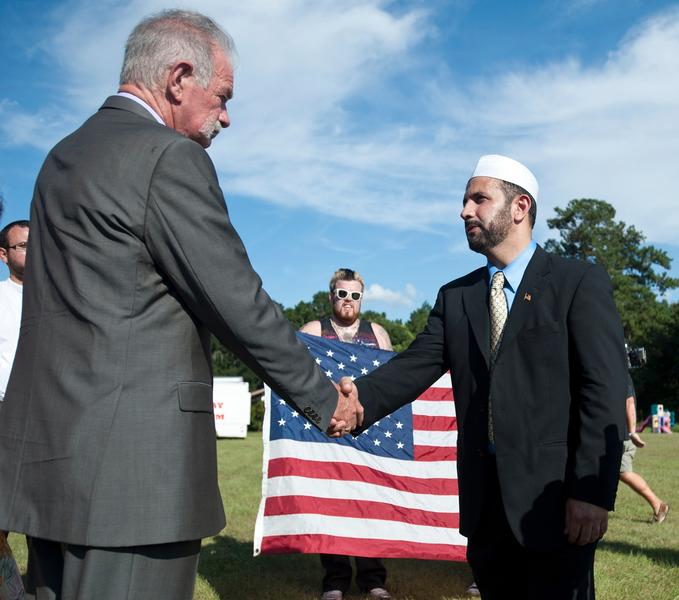 It certainly does not take a person of extraordinary intellectual capability to notice that having an International Burn the Koran Day on the ninth anniversary of Sept. 11 would be more than just a bad idea. To my knowledge, there is no institution, public figure or church other than the Dove World Outreach Center in Gainesville, Fla. that supported this event. Thus, I’ll trust the reader does not need an explanation of why burning Qurans is a bad way to spend his or her Saturday evening.

Unfortunately, there have also been other, more violent forms of anti-Muslim crimes across the country lately.

As reported in a recent article by Associated Press writer Mark Sherman, the following incidents, among others, took place between July and August: a Muslim cab driver in New York City had his face and throat slashed in a suspected hate crime, arson at the site of a future mosque in Murfreesboro, Tenn. and a fire and graffiti at the Dar El-Eman Islamic Center in Arlington. This recent trend of anti-Muslim acts is a dangerous and, more importantly, an ineffective way to address concerns with Islam and will only aggravate tensions.

Not too long ago, Colin Powell, a Republican and secretary of state during the Bush administration, made a beautiful point to the members of his party who liked to suggest that Barack Obama is a Muslim. The following is a quote by Powell from a 2008 interview on Meet the Press:

Powell was right to notice that the less-than-amicable rhetoric tends to come from a particular political party. An interesting difference between Republican reactions to the ground zero mosque and the International Burn a Koran Day 8212; both overwhelmingly unpopular amongst most Republicans &- was the hysteria over the former compared to the nonchalant condemnation of the latter. Many outspoken Republicans treated the controversy over the ground zero mosque as if it were a national security crisis. The greatest example is Republican Newt Gingrich, who mistakenly compared mosque supporters to Nazis.

The status of Muslims in America should not be a matter of indifference. As I pointed out in my last article, the more America demonstrates a tolerance of Muslims, the harder it will be for terrorist organizations to attract sympathizers and recruit members.

Hopefully, the controversy over this event will make rational people think about the consequences of the recent anti-Muslim trend in this country.

Americans, and especially Republicans, should immediately stop flirting with the idea of being at war with Islam, or even Muslim-Americans. It’s not enough to just condemn a bigot like the Rev. Terry Jones. It also requires an end to comparing mosque supporters to Nazis, insinuations that a Muslim president is inherently a bad thing and so forth. Otherwise, such rhetoric will only add fuel to the fire.

Andrew Mabry is a senior political science major from Southlake.