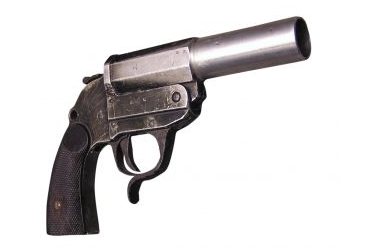 Martin Luther King, Jr. made a timeless point when he said, “Hate begets hate; violence begets violence; toughness begets a greater toughness.” An act of violence, in general, is bad enough. Add to that the possibility of worsening or encouraging that act, especially when such action would be preventable, and you have exactly the issue I have with allowing college students to carry guns on campus.

The 2007 Virginia Tech University shooting remains a tragedy in the minds of many college kids, as does the recent student suicide on the University of Texas at Austin campus. Imagine if a handful of armed students had attempted to play heroes and step in. Imagine how much worse either situation could have been.

Even on a smaller campus, like ours, people are everywhere. Students and faculty are constantly traversing the campus, going to and from classes, the library, the Brown-Lupton University Union, restaurants, apartments, dorms, etc. Insert someone with a gun into that situation and utter chaos erupts. Primal instinct takes over and people begin sprinting in every direction and screaming.

What if a few people pulled out their guns? Where would they shoot? When is it safe to shoot? How many would get caught in crossfire? As good as their intentions may be, they are not trained to perform in high pressure situations. They are not law enforcement officers who go through rigorous practice exercises and potential scenarios for years to prepare for, and even anticipate, people’s actions in such stressful events.

Adrenaline is pumping and the scene is already an extremely dangerous one. Adding improperly trained college-aged kids with guns would only serve to make the situation a worse and potentially more tragic one.

The Second Amendment protects Americans’ rights to keep and bear arms. It also states a well-regulated militia is necessary for the security of a free state, which I completely would have agreed with back in 1791. It’s the 21st century. Society has evolved for a reason, and if you don’t feel safe without a gun on your person at all times, then I would begin looking inward and try to diagnose that reasoning.

Most proponents for concealed handguns on campuses, like the grassroots organization Students for Concealed Carry on Campus, argue that they should be “allowed the same measure of personal protection on college campuses that they enjoy virtually everywhere else.”

Why don’t we leave the gun-firing to the trained, experienced law enforcement professionals and off of our campuses.

Andrea Bolt is a senior news-editorial journalism major from The Woodlands.