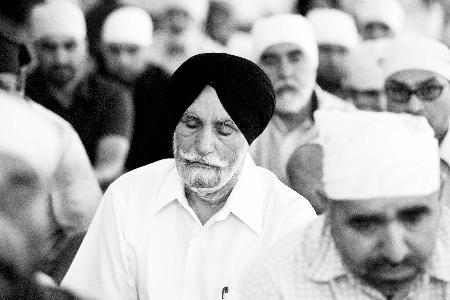 The Sept. 11 attacks changed the United States in a series of cultural, social and political ways. While the war on terror rages on, to the chagrin of some and the disdain of others, possibly the most serious battle taking place is on U.S. soil. This war isn’t fought with bombs and firearms, though.

Although the attacks took place over eight years ago, the hate crimes against Muslims, Arabs and Sikhs continue. Of these three groups, however, the Sikhs seem to receive the brunt of attacks based on appearance alone. In fact, the year after the attacks, the number of Sikhs who were victimized was seventeen times higher, according to civilrights.org. According to the report, five percent of all hate crimes committed in the U.S. that year were directed toward Sikhs, and 481 Sikhs were victims of hate crimes.

According to the New York Daily News,the New York Supreme Court convicted a 19-year-old man from Queens to 180 hours of community service after he forced a Sikh man into a bathroom and shaved his head. For Sikhs, long hair is a religious custom, and cutting one’s hair is a violation of tradition.

Sikhism is a peaceful religion. There are short spurts of violence in its background, which happened as Sikhs fought for independence in India during the late 1980s and early 1990s.

I was not aware of the extent of Sikh hate crimes until a serious one took place two hours from my hometown in Seattle. According to the Seattle Times, a drunken passenger brutally attacked his cab driver, who was a Sikh man wearing a turban.

The attack was not only shocking in that it happened without a legitimate reason (the drunk man had not been threatened in any way), but also because it happened in Seattle, which is culturally diverse and accepting of most people.

Attacks like the two mentioned here are not freak incidents. They have been taking place on a regular basis in the U.S. since the 9/11 attacks, even thought the planes hit the World Trade Center almost a decade ago.

The lack of cultural understanding nationwide has been a significant contributor to the crimes. Sikhs are often mistaken for Muslims, and people in the U.S. often associate Muslims with Osama bin Laden and Al-Qaida. Like Muslims, Sikhs wear turbans, have beards and long hair and are characterized by their dark complexions. And yes, there are Sikhs in some Muslim areas of the world.

But when the two religions are compared, it is immediately clear that the confusion between the two is irrational. For instance, Sikhs do not practice pilgrimages, while pilgrimages are almost essential for Muslims. Also, Sikhs do not proselytize, or make attempts to convert people who are not Sikhs, and Muslims do.

I’m not making an attempt to elevate Sikhs over Muslims or vice versa. Rather, I’m comparing the two in an attempt to reiterate the gravity of U.S. cultural insensitivity. Hateful people are confusing two cultures whose similarities are limited to their devotees’ physical appearance. Yet, for some reason, many would say the United States’ racist days are behind it.

The U.S. still has a racist society. The more races, cultures and people groups that fall victim to stereotypical discrimination, the more racist the nation will become. Once again, the xenophobic attitude that has pervaded many minds in this country has manifested itself in ignorance and insensitivity.

September 11 was a dark day for the U.S. Before the nation claims it has healed from the devastation, however, it must keep in mind the cultural effects that day has had over the past eight years. The cities and people involved in the attack may have healed, but beliefs-based battles like those declared against Sikh Americans demonstrate just how little the country has recovered.