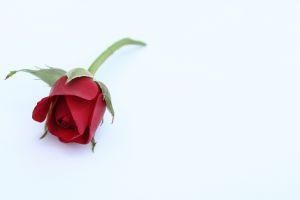 In one of the most romantic endings yet on ABC’s “The Bachelor,” Jason Mesnick declared his love for Melissa Rycroft, proposed to her and bestowed her with the coveted final rose. He said he was the “happiest man in the universe” and couldn’t wait to start his life with Rycroft.

Flash forward to “After the Final Rose” and you find a completely different Jason.

“After the Final Rose” is normally a segment where the new couple shares their love and future plans. The audience oohs and aahs at the couple and hopes against all hope the two will actually last.

Unfortunately, in what may have been real or staged, this segment was quite different than expected.

Mesnick told Rycroft on national television even though he believed at the time he had “no doubts about putting a ring on her finger” and about their future together, the past six weeks hadn’t been what he envisioned and everything felt completely different for him.

He admitted he couldn’t stop thinking about Molly.

Rycroft seemingly could not comprehend Jason’s declarations, and asked why he couldn’t fight for them.

Millions of fans who watched the show are now questioning Mesnick’s ethics.

In the real world, when all the cameras, makeup and lighting crews are gone, relationships take effort. Sharing your life with another is not something that comes easily. If it were, then we wouldn’t have a 50 percent divorce rate here in the United States.

The fact that Mesnick was indecisive enough to toy with two women’s hearts is unforgivable. He publicly broke up with his fiance on a show he was being paid to do, allowing America to see her heartbreak and what seemed to be genuine shock.

Could he not have waited awhile for the time to pass and break up with her in private like almost every other Bachelor?

So now, Mesnick, who has dragged his young son along with him all the way, is in a relationship with Molly.

At least she will have the good fortune to be dumped in private, as Jason has clearly shown he does not know what he wants.

Vlora Bojku is a junior business major from Colleyville.