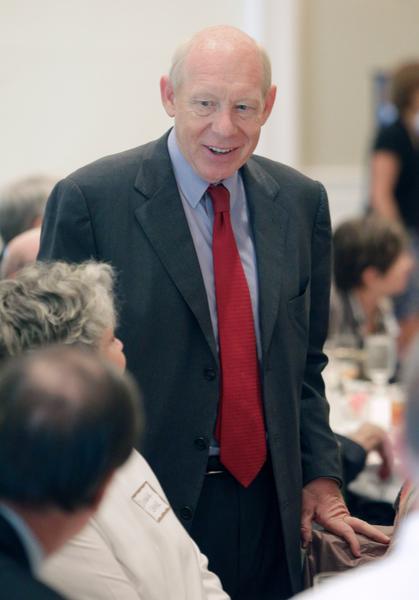 The bulk of incumbent Texas Governor Rick Perry’s campaign for re-election has been focused around the strength of the Texas economy, and I couldn’t agree with him more that relatively low taxes and limited government involvement have made Texas an attractive place for big businesses to operate. However I’d say Perry has had about as much to do with Texas’ economic success as the University of Texas Longhorns’ Offensive Coordinator Greg Davis did with the success of former Texas quarterback Vince Young 8212; they both got out of the way and let things take care of themselves.

When looking at Democratic candidate Bill White, it’s hard to say whether it’s a disadvantage or an advantage, but we’ve only seen his three terms as Houston’s mayor, as opposed to Perry’s 10 years as Texas Governor. To Perry’s credit, he has maintained a great economic situation for Texas, but his campaign seems to be focused on what he hasn’t done rather than what he has done.

Perry wouldn’t take the federal government’s $555 million in stimulus funds, citing the regulations that accepting the money would involve. Whether or not that was a sound economic decision, it’s certainly representative of his sentiment toward Washington. Instead of using Texas’ resources to help improve border security during the last decade, he’s blamed the Obama administration and local police departments for their lack of action. Throughout his career, Perry has spent more than $200 million in Texas taxpayer money to beef up security along the border in a reactionary move to appear heroic. However, 98 percent of law enforcement organizations serving the Mexican border endorse White for governor.

White stands for progress and innovation by not holding firmly to the ways of the past. Perry doesn’t believe global warming is an issue and fought against the Environmental Protection Agency’s requirements that Houston have until 2019 to meet ozone standards. While Perry was throwing his typical temper tantrum, White led Houston to meet the standards by 2009. Bill White has held accountable companies that pollute and has received awards for his environmental efforts in Houston, such as installing solar panels on city buildings.

Perry campaigns on the idea that Texas public education is strong and even vetoed health care for community college faculty. Bill White knows that public education is not where it needs to be. Regarding higher education, he aims to counteract rising tuition costs and find ways to reduce the price of textbooks.

While it’s hard to compare White’s potential as former Houston mayor to Perry’s performance as governor, White comes with the promise of progress, rather that Perry’s monotonous longing for the past. Perry has even suggested Texas secede from the U.S., which is an outlandish and unreasonable concept that shows his lack of desire to cooperate with the rest of the country.

To remain relevant in our dynamic society, sometimes you have to change the way you operate. Just ask Davis how it felt to lose to Baylor. I’ll be voting today for the success of our grandchildren, not the ways of our grandparents.

John Andrew Willis is a senior Spanish major from Dallas.