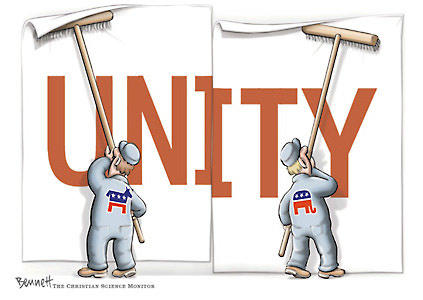 The health care reform bill passed, but once again, U.S. citizens must deal with the violently polarized U.S. Congress and its stubborn ways.

The next controversial issue Congress must face is unemployment.

According to a CNN.com report, the Senate did not approve a month-long extension for unemployment insurance benefits after Democrats called for unanimous approval but a lone Republican senator from Oklahoma refused to approve its $10 billion price tag.

Partisan selfishness has taken hold of another issue that could negatively affect millions of Americans and have long-term effects on politics.

Unemployment has ebbed and flowed throughout the current recession and, as of April 2, it sits at 9.7 percent, according to the U.S. Department of Labor.

A month is not a long time for someone who knows where his or her next mortgage payment will come from, but it could mean eviction for someone who relies on the government’s support to pay rent.

It’s easy to tell unemployed people to go out and find a job, but for some people, a job is not at their fingertips.

Furthermore, job opportunities could present themselves in a week, let alone a month.

In the meantime, ‘we forgot’ is not a good excuse reason for failing to pass the extension, especially since a lone Republican blocked the efforts. That just makes the situation plainly inexcusable.

According to the same CNN article, that isolated Republican, Tom Coburn, refused to support the amount the extensions would cost. Coburn said the only way he would support an extension would be if government spending decreases to make room for it.

Furthermore, the extension is important – it was referred to as an “emergency extension.” Emergencies in Congress usually refer to objectives that should be met at any cost, even an increase in the federal deficit.

The matter at hand must be addressed, even if the deficit must increase.

It is not the first time Coburn has opposed federal attempts to provide aid for citizens. In addition to this stubborn display, he voted with 38 other Republicans in support of a March 25 motion to put limits on the new government entitlement program.

He might be trying to prevent further spending after the health care bill, which he vehemently opposed. But in Coburn’s case, it might be an issue of poor political discernment.

According to a March 18 article in The New York Times, days before health care passed, Coburn promised to punish any Democratic senators who went back on their original promise to vote against health care.

“If you voted no and you vote yes and you lose your election and you think any nomination to a federal position isn’t going to be held in the Senate, I’ve got news for you, it’s going to be held,” he said.

Coburn’s attempts at power are desperate, especially when he is the only one doing it.

Health care’s passing should not damage the government’s duty to support its citizens.