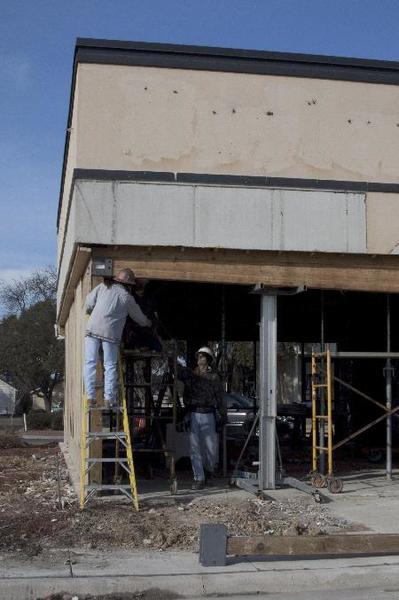 Hamburgers will soon be sizzling on the grill at another fast food restaurant opening near campus.

McDonald’s will replace the Boston Market that closed down at the intersection of West Berry Street and Rogers Avenue, according to the City of Fort Worth Planning and Development department.

Cheryl Strange, a registered nurse at the Brown-Lupton Health Center, said students will likely go to McDonald’s often because they grew up with the fast food restaurant.

Strange also said fast food chains are among the main culprits of obesity, but McDonald’s offers some healthier options that students can take advantage of, such as replacing fries with a fruit cup or salad.

“(With) all of these … franchise(s), if you are educated and knowledgeable about healthy choices, then you are going to choose (healthier) things,” Strange said. “If you don’t care about it, then it doesn’t make any difference where you go.”

Strange said the Health Center has not seen a significant increase in obesity cases during the past few years, which may be attributed to the level of physical activity on campus. The campus has become more pedestrian-friendly, with many students walking, riding bikes or skateboarding to class, she said.

Kate Syme, a sophomore early childhood education major, said she likes McDonald’s because it’s fast, easy and cheap. Syme said she would be more likely to eat at McDonald’s than at Boston Market.

But Cynthia Munoz, a freshman nursing major, said she is not excited about McDonald’s replacing Boston Market.

“I actually don’t like McDonald’s,” Munoz said. “I don’t think it is a great or a healthy source (of food) for people on campus.”