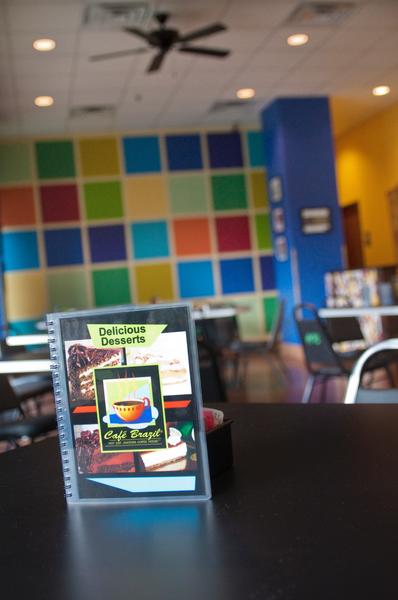 Cafe Brazil CEO Brant Wood said the first two weeks of the restaurant’s location in the GrandMarc have been better than expected 8212; the new staff has adjusted to the busy hours and no major equipment or facility issues have arisen.

“All of the feedback on the food has been overwhelmingly positive. Everyone is happy to have us in Fort Worth, and we’re glad to be here,” Wood said.

He said the initial success of the restaurant has been because of the feedback of customers, and that there had been minimal use of advertising.

The restaurant’s location was previously occupied by Los Vaqueros, which closed its location there last year. Wood said he was confident Cafe Brazil was a good fit for the area.

“Cafe Brazil is known for converting prior restaurant space into a profitable business,” Wood said.

GrandMarc leasing agent Matthew Chase said he thought the restaurant was a great asset to the area since the 24-hour facility gives students another place to study or grab food after late-night activities.

Chase said that despite the busy nature of the restaurant, parking in the area has gone smoothly. According to a previous Daily Skiff article one of the reasons Los Vaqueros closed its location was because its customers had problems finding parking spaces.

“As far as parking goes, Cafe Brazil has their own spots in the parking garage, and they’re responsible for resolving the parking issues,” he said.

Wood agreed that parking has not been a problem.

“During Cafe Brazil’s busiest times, the dedicated covered parking is monitored,” he said.

Cafe Brazil was founded in Dallas in 1991 and began as a small restaurant that served coffee and Tex-Mex food 24 hours a day. There are now 11 locations in the DFW area; the newest location being the GrandMarc location.

Senior advertising and public relations major Sean Strasburger said he enjoyed the atmosphere and thought the restaurant was a great place for late night studying during the week or hanging out on the patio on the weekends.

“On the very first day we went and got free food; there was a group of 12 of us and the manager brought out all the appetizers so that we could give him reviews and tell him which ones were better,” he said. “We tried them all and they were all great, except the queso.”

Wood said the most popular dish so far was the migas, a cheesy scrambled egg, onion, pepper and tomato mixture with strips of corn tortilla. The dish reigns as the most popular at all of the Cafe Brazil locations, he said.