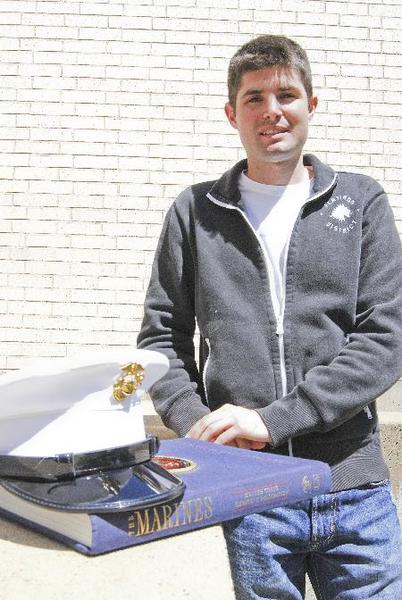 The Office of Student Affairs plans to assemble a committee in April to discuss how the university can better serve students who have returned from active military duty, a university official said.

Don Mills, vice chancellor for student affairs, sent an e-mail to all school faculty and staff last week inviting those interested to sit and discuss the programs the university currently offers to veterans, as well as suggestions for improvement.

In the e-mail, Mills said the council would be meeting partially in anticipation of the many soldiers expected to return home from service in the next few years who will qualify for GI educational benefits. About 46,000 eligible veterans have already returned, Mills said.

Mills said in an interview that changes made by Congress in the new GI Bill played a roll in calling together the committee.

“The GI Bill has been changed the way tuition for higher education is set up, and it is likely we will have more veterans coming on campus,” Mills said. “There are young men and women that have made a terrific sacrifice, and we wanted to be certain that we were prepared to meet whatever needs they might have when they come to campus.”

Forrest Lane, assistant director of the TCU Leadership Center, is the staff member in charge of putting together the council. Lane said that the decision to look at programs offered by the university to veterans was also influenced by faculty who raised the issue.

“This came out of just conversations among the staff about what we might need,” Lane said. “If anything I think this is a much more proactive approach.”

Chris Simcho, a junior advertising/public relations major who has served twice in Iraq, said the university offers better programs for veterans than some other private schools, but that there is still room for improvement. While the university complies with many of the programs listed in the federal GI Bill, which has provided returning veterans with financial assistance since 1944, Simcho said the university does nothing else.

“The only veteran’s thing I do is go talk to (Veterans Affairs officer Suzanne Weldon) to get certified for my classes,” Simcho said. “But other than that there’s really not anything on campus that really gets veterans together or anything like that.”

Ken Stevens, a history professor who volunteered to serve on the council and served in the Navy from 1969-1973, said the university can do more to promote interaction within the veteran community on campus.

“I had a couple of guys last year who were actually in the Army,” Stevens said. “I used to talk to those guys a lot and that kind of made me aware, it’s a different population than the typical TCU student.”

Other matters the council may discuss are the recent changes Congress has made to the GI Bill. The changes go into effect August 2009 and will significantly change how funding is distributed.

Under the current format, returning veterans may receive benefits up to $1,321 per month toward completion of a graduate or undergraduate degree. The new plan, which is being called the Post-9/11 GI Bill, will pay veteran students’ tuition up to the tuition cost of the most expensive public school in their respective state.

In Texas, the most expensive public school is the University of Texas in Austin, Lane said. A Texas resident taking 12 or more hours at the university will pay between $4,200 and $5,000 per semester depending on their major, according to the university’s Web site.

The Yellow Ribbon Program, which may be applied to an education at any private university, promises that the U.S. Department of Veterans Affairs will match any such additional funding private universities make to veterans.

Initial enthusiasm for the council has been good. Most schools within the university have even provided volunteers, Lane said. So far 27 faculty members have volunteered, as well as one student veteran.