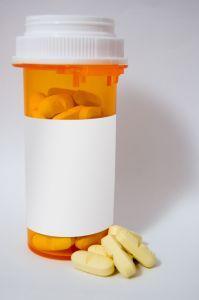 Courtney Adkins, a sophomore psychology major and sufferer of insomnia, often goes to bed at night, rustling around for hours to wake up tired and unrested.

“I would stay up and think, and one thought would lead to another,” Adkins said. “I just couldn’t turn my brain off.”

Adkins is among the small number of university students who suffer from insomnia.

Even though few students at TCU get prescribed medication for insomnia, the number of college-age adults in the nation using sleep aid prescriptions has almost tripled in the last 10 years, according to a study released by the Healthcare Business unit of Thomson Reuters.

Despite the findings of this study, there has been no noticeable increase in the number of sleep aid prescriptions the Brown-Lupton Health Center gives out, said Frank Calhoon, chief pharmacist of the Health Center Pharmacy.

On average, about 20 students per semester are prescribed sleep aid medication, he said.

Jane Torgerson, a primary care M.D. at the Health Center, said she estimates that she prescribes sleep aid medication for a quarter of her patients that come in for insomnia.

Eric Wood , a licensed professional counselor at the Counseling, Testing and Mental Health Center, said many times students come in thinking they have insomnia when in reality they have underestimated the number of hours they sleep.

“Most people tend not to put much attention into their sleep routine,” Wood said. “College students often have inconsistent routines which involve going to sleep at various times.”

It is because of these changing routines that Wood said he is not surprised students come in inquiring about insomnia.

Adkins said anxiety, social issues and stress all added to her lack of sleep.

“School definitely played a big part in it,” Adkins said. “I was really worried about having to do this and that and wake up and study. It definitely stressed me out.”

Torgerson said stress and worries about school are common reasons for college-age adults to lose sleep.

She said she only prescribes sleep aid medication as a last resort after trying other possible solutions.

Over-the-counter medicines as simple as Benadryl can help students get back into their sleep routine, she said.

“All you need is to get back on track,” Torgerson said. “It’s usually not a long-term problem.”

For people having trouble sleeping, Wood said relaxation training, sleep hygiene techniques and not depending on caffeine and energy drinks will not only make going to sleep at night easier but will also make the body feel more rested.

According to the University of Maryland Medical Center’s Web site, proper sleep hygiene techniques include such things as a fixed bed time or avoiding napping during the day.