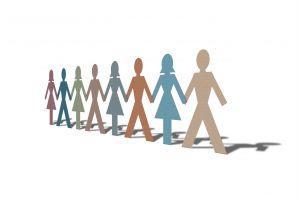 “If you’re talking about being ethical, then doesn’t that mean you accept all people and do what’s good for all people? TCU said they want to be responsible and as soon as the heat happens they say ‘Oh no! We don’t want anything to do with this,’ and I’m thinking, ‘Are you going to stand up for what you believe in or not?'”

“I don’t think so. TCU tries to make you act as a responsible person, that means respecting other people’s opinions and not judging them for what they believe.”

“I personally don’t like the Living Learning Communities because they seclude people and put them in groups instead of letting them interact with other people.”

“I don’t understand why they are catering to specific areas. If you’re going to be part of a community, I don’t think it helps to single people out and section them off. It emphasizes the differences rather than bring them together.”

“I really don’t think that it does because the individual Living Learning Communities can be a part of the bigger community and influence it in their own unique way. With reference to the LGBT, I thought that was a really good idea, and when they rescinded it, I thought it was a lost opportunity.”

“One of the things I saw the chancellor talk about was that a Living Learning Community, no matter what it’s geared towards or it’s theme is, should be academically driven, at least on campus. It should have some kind of academic priority involved in it’s function, and I agree with that.”