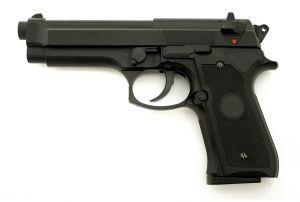 “No way. We already have the police here to take care of us. We don’t need weapons.”

“No, I don’t. Even though school shootings are tragic, adding guns wouldn’t solve the problem. I worry about how students would feel if they knew the person behind them had a gun on them.”

“No. Allowing students to have weapons would create unstoppable violence.”

“I don’t think so because it’s not safe to have weapons on campus. Off campus is fine if you have your concealed hand gun license, but not on a college campus.”

“Maybe just pepper spray, like for girls who want it.”

“I think they should, like if it’s a tazer or something. But not a gun. And not during the day, but maybe at night.”

“No I don’t. The risk of accidents is too great. There is more potential for people to get in heated arguments and they would escalate so quickly if people had weapons.”