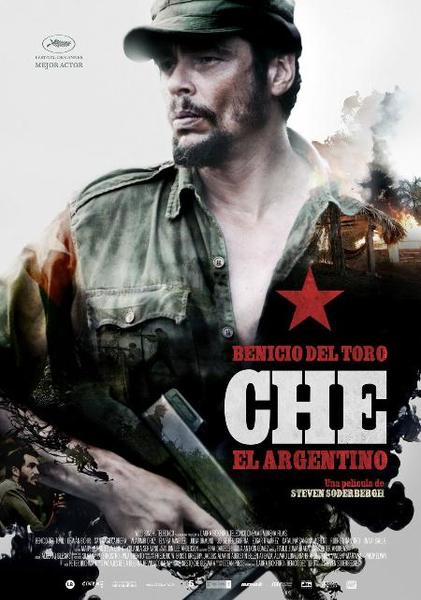 These are the infamous words of the iconic and divisive Ernesto “Che” Guevara, whose bearded facade is found on T-shirts, posters and various other memorabilia. To some people, he is a divine idol embodying the true revolutionary spirit, a man who became a martyr for the liberation of the repressed. To others, he is a reckless mass murderer with extremist beliefs whose arrogance led to ultimate disregard for human life.

Director Steven Soderbergh undertook the daunting task of capturing the moments most integral to Ernesto “Che” Guevara’s transformation from an Argentine medical student to revolutionary icon in his epic, simply-titled “Che.”

Divided into two films, the first, titled “The Argentine,” follows Che in his rise to fame in the Cuban Revolution, while the second, titled “Guerilla,” depicts the eventual fall of the revolutionary in his failed coup in Bolivia.

In a film of this size and scope, it was inevitable that a renowned Latino with Benicio del Toro’s acting prowess be cast as the larger-than-life figure. The Puerto Rican actor/producer, known for his roles in “Traffic” and “Sin City,” provides a well-crafted interpretation of the revolutionary whose burning desire to act against tyranny and injustice imposed upon the poor masses of the world led him to join the ranks of Fidel Castro’s impassioned rebels. His acting style embodies the invincible revolutionary who stood up to the world and gave a rousing speech to the United Nations in 1964 (depicted in “The Argentine”) while also revealing the imperfect nature of the man behind the icon, in which weaknesses like his asthma and his zeal become painfully apparent.

With a supporting cast of prominent Latino actors, including Mexican actor Demian Bichir as Castro, the films provide perspective on the other individuals involved in the movement.

Throughout both films, Spanish dialogue coupled with the unmistakable accents of Cubans, Argentines and Bolivians reveals careful attention to detail by Soderbergh, who attempts to truly authenticate the experience. As a cinematographer, Soderbergh (under the pseudonym Peter Andrews) films in gritty black and white, creating the feeling of a documentary.

The film leaves the viewer with a strong desire to delve deeper into Che’s mindset and what really drove him. Although this may be a flaw, it is important to understand that the film is not the typical biographical movie. It is not a conventional Hollywood blockbuster that the masses will be flocking to watch the weekend of its release, despite Soderbergh’s successful efforts to strip the politics from the film. He does not present Che as a hero or a murderer, but simply as an impassioned man with the perseverance to act upon his beliefs.

With a combined running time of a little over four hours, including an intermission in between the films, those with only an extreme interest in the subject are likely to see the film, perhaps pointing to the reason it is out on limited release.

To those filmgoers who have the desire and the patience to see both films together, they will prove to be nothing less than a pair of masterpieces providing insight into the crucial moments that made Che the controversial figure he is today.

It is an artistic endeavor that becomes a tragic telling of revolution through the eyes of an imperfect idealist who was willing to sacrifice his life for the values he upheld dearly.