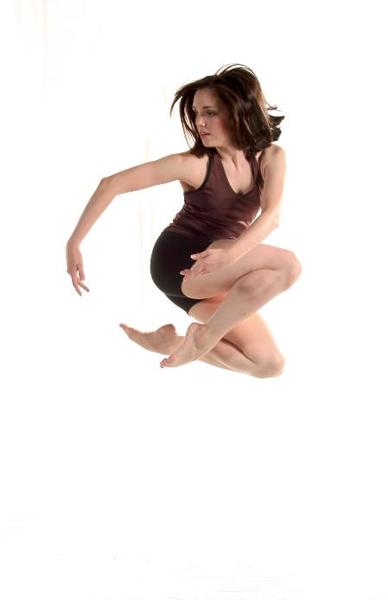 For some students, graduating with a second degree within a semester after earning the first degree may seem impossible. For Krista Jennings, it is a reality.

Jennings said dance is her first choice for a career, but she wanted to have another major to give her more opportunities.

“I just went through the catalog and highlighted classes I would be interested in, and found that a lot of the classes I was picking were English classes,” she said.

The 22-year-old from Lawrenceville, Ga., plans to stay in Fort Worth after her second graduation.

Jennings spent the summer interning with Dance Magazine in New York, but said she found that New York is not for her right out of graduation.

Jennings has been dancing since she was 5 years old. She said she is passionate about choreography, and her favorite type of dance is jazz, but she also does modern dance, ballet and tap.

Denise Jennings said her daughter would make up dances with her brother when they were younger.

“Whenever there was an audience during holidays, she would cook something up,” Jennings’ mother said.

As to Jennings’ writing, Denise said her daughter began to show a voice in writing during middle school and was able to develop that into talent.

This year, Jennings has been working as an intern for TCU Press, the university’s academic press, which annually publishes nine to 12 books focusing on the history and literature of Texas and the American West. Jennings said magazine writing is her favorite area.

Regarding her love for choreography, Jennings said her ability to listen to music and come up with a dance to go with the song depends on the time in her life.

“Sometimes I’ll just hear a piece of music and be like ‘aha’ and just see the people in my head,” she said. “They start moving, and I’ll take it down.”

Last spring, Jennings received an undergraduate research grant from TCU for $750. She used the money to produce a dance concert that she choreographed.

Jennings said she was able to have rehearsal time with several people to get to know how they learn and work in dance.

“It confirmed a lot of things for me,” she said. “I have had a lot of interest in dance, and this really showed me how to make opportunities for myself. It was one of the highlights of my college career.”

Elizabeth Gillaspy, an associate professor of ballet who has known Jennings since she was a freshman in 2004, said Jennings has a unique perspective around which she crafts her choreographies.

“Krista is a tremendously versatile dancer, and she has a wide range of movements and styles she uses in her dance,” she said.

Gillaspy said Jennings is a leader, responsible and insightful not just in dance, but in life.

Jennings is also a member of the Chi Tau Epsilon, the dance honor society. In 2007, she was chair of the AIDS benefit concert that campus puts on every year, which involves performers such as singers, dancers, comedians and musical artists.

“I was really proud because people enjoyed it,” she said. “Sometimes doing art you feel like you don’t contribute, but to have art help a greater cause is amazing. I also had a relative that had HIV and passed away, so it defiantly made me reflect back on that point in my life.”

Jennings said she is glad she picked TCU to get her two degrees. She said when she looked at colleges and had the choice between Southern Methodist University and TCU, the choice was clear.

Her mother shared the thought.

“If she wasn’t happy with her choice of TCU, I wouldn’t have been happy either,” she said.