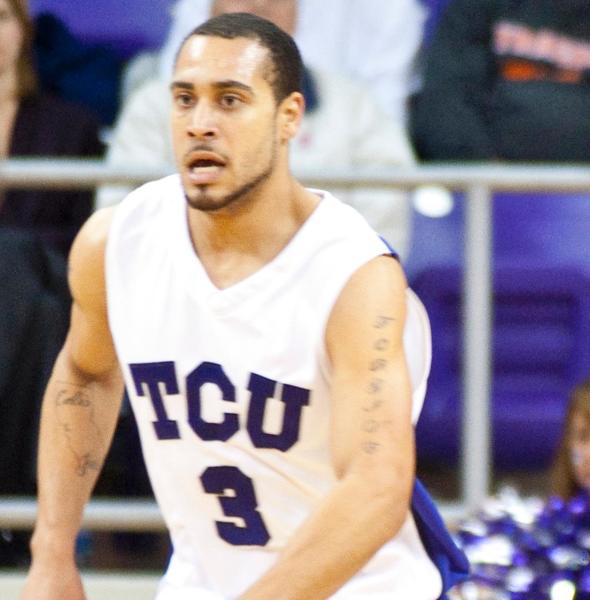 The dismissal of junior guard Sammy Yeager on Tuesday seemed to send a strong message to the rest of the TCU men’s basketball team. The Frogs routed Wyoming 78-60 Wednesday evening at Daniel-Meyer Coliseum in their first game without Yeager.

“It was a tough blow, but he’s a good player, and I wish him the best wherever else he goes,” junior guard Ronnie Moss, who scored a game-high 27 points, said. “I know we are going to move forward. Some things just don’t work out. God didn’t have it in his plan.”

According to a TCU media relations press release Tuesday, Yeager was kicked off the team for a violation of team rules. Further information on his removal has not been released by the team.

Head coach Jim Christian emphasized after the game that every player on the team understands the program comes before an individual.

“It’s a hard thing to [release a player],” Christian said. “I genuinely like all the guys on the team, I recruited them, I like them as people. But sometimes you have to have addition by subtraction.”

Yeager was the team’s third-leading scorer and rebounder, averaging 9.3 points and 4.2 rebounds for the Frogs in 16 games. Before playing for TCU, Yeager averaged nearly 20 points per game for Weatherford College last season.

Without Yeager, the Frogs still scored 29 more points against Wyoming than they scored in an 83-49 loss at UNLV on Saturday.

“It made us work harder. Someone has to step up when one piece goes down,” junior guard Hank Thorns said. “I wasn’t surprised [by Yeager’s dismissal], it happens all around.”

Thorns said the team lost the fun of the game at a certain point and was playing too seriously.