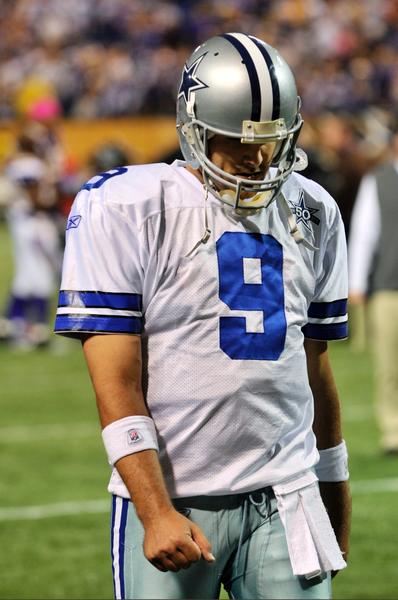 I’ve said it before and I’ll say it again. The reason that the Dallas Cowboys are terrible this season is due to penalties. In the Cowboys’ loss to the Minnesota Vikings Sunday, the Cowboys were flagged for another 11 penalties resulting in the accumulation of 91 penalty yards.

As of now, only fellow cellar-dwellers Detroit and Oakland have picked up more penalties than Dallas.

I’ve already analyzed the impact of penalties in a past article, but what has developed since my last criticism is that head coach Wade Phillips claimed that he worked on reducing penalties in the Cowboys organization.

I’ll allow a moment of laughter before we move on.

Before I analyze and criticize, allow me to get everyone on the same page. In a recent press conference, when asked about his strategies to prevent penalties, Phillips said:

Don’t worry, I’ll wait for you to finish that belly laugh or wipe away those tears.

There is absolutely nothing in Phillips’ statement that makes any remote sense. If Phillips thinks that his strategies will keep players from committing penalties, then I implore Jerry Jones to take back everything he’s said about firing a head coach in the middle of a season.

For starters, the thought that fines would stop penalties is absurd. As Phillips said in the conference, fines have little effect on NFL players in comparison to peer pressure. When you have a team full of players who make millions of dollars a season, a fine doesn’t even come close to preventing players from making a mistake on the field. If thousands of dollars seem a relatively small amount to an NFL player, how does Phillips reason that a fine of any sort would keep a player from making a mistake?

Amazingly, the other concept Phillips explored is even more ridiculous. Uncle Wade said that he has been actively trying the nonsensical and impractical theory of peer pressure to end the penalty issue. While defending Tony Romo from oncoming defensive lines, I’m pretty sure the last thing that a Cowboys tackle or guard would think is, “I wonder what my teammates will say if I grab a hold of my opponent’s jersey.” Mistakes can’t be prevented on the fact of fear or rejection. The idea that peer pressure prevents penalties is a senseless and pathetic ideology.

If Phillips wants to be a decent head coach, he needs to realize that mistakes come from poor fundamentals. Mistakes cannot be prevented with fines, peer pressure or other fear-inducing concepts. Mistakes are made when a player doesn’t do his job the textbook way. Instead of fining a player or allowing his team to chew him out, Phillips needs to start working with penalty-prone players on their finesse and technique.

The Cowboys are already stuck in a deep rut, mainly because of penalties. If there were ever a time to hit a panic button, it’s now. Phillips has been painfully shown that he has no clue how to fix the Cowboys.