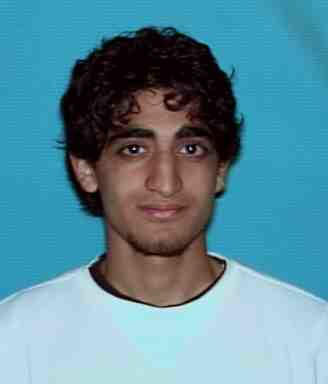 Two North Texas men have been accused of stealing computers and musical instruments from campus valued at more than $100,000 after TCU Police said one of the items was spotted on the Craigslist website.

Umair Khan, 24, of 900 Mulder Drive in Arlington, and Azim Ansari, 21, of 3609 Mackenzie Lane in Richardson, were each charged with two counts of theft, according to documents from the Tarrant County District Clerk’s office.

TCU Police Sgt. Kelly Ham said 14 Apple iMac computer monitors and 26 musical instruments, ranging from a $400 guitar to a $29,000 bassoon, were stolen from campus. In all, more than $100,000 worth of property was stolen from several buildings around campus.

Ham said the string of crimes started in December of last year and continued until June. He said and Detective Vicki Lawson were able to identify Khan and Ansari from surveillance video recorded in April.

“Detective Lawson was able to track one of the instruments through Craigslist, and that’s what really cracked the case open,” Ham said. “After that, we were able to match (Ansari’s) driver’s license with the pictures on the video and get an arrest warrant.”

He said it is typical for investigators to check online websites, such as Ebay and Craigslist, for any possible leads on stolen items.

While some property has been recovered it was difficult tracking several of the items due to being resold to numerous buyers on Craigslist, Ham said.

According to the Arlington Police Department, Ansari, a former student at the University of Texas at Arlington, was arrested on July 7 after being stopped for a traffic violation on Cooper Street when police found warrants for his arrest from the complaint filed by TCU Police. He was charged with Theft $20,000-$100,000 and Theft $50-$500, a Class C misdemeanor.

Kristin Sullivan, assistant vice president for media relations at UTA, said that Ansari was an undeclared major enrolled at UTA from fall 2007 to spring 2010.

Ham said both Khan and Ansari were fully cooperating with the investigation.

Khan is out on a combined bail of $30,000. Ansari was released from Tarrant County Jail on two separate $5,000 bonds while awaiting trial.

Apple iMac computer monitors: 26 musical instruments, ranging from a $400 guitar to a $29,000 bassoon