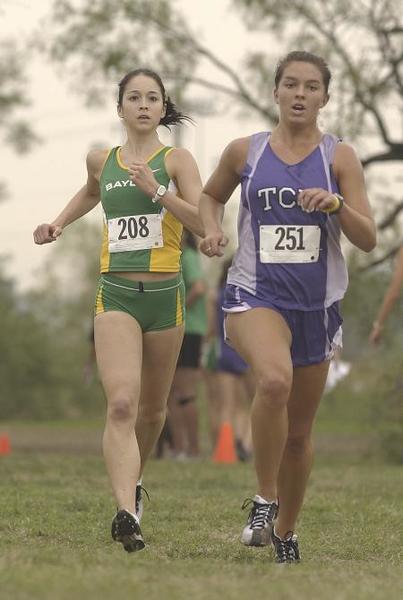 When the cross country team leaves Fort Worth for the Mountain West Conference championships at San Diego State University this Saturday, the runners know they will have to keep the right perspective.

The men’s team is young: 11 out of 13 runners are freshmen and sophomores. The team’s best woman runner has struggled to finish in the top ten in meets, although it has seven runners with better times this year than their best last year.

Head coach Sean Winget said he is taking the team’s progress in stride.

“My focus is to keep improving and make sure the program is better than the year before,” he said.

But that’s not to say Winget doesn’t also recognize the importance of the postseason for his team’s morale.

“The stuff that matters is conference and regionals,” Winget said. “You work all season long for that.”

If both teams place in the top four in this weekend’s meet, they will advance to the NCAA South Central Regional Championships in Waco.

The team believes it can make it there with mental focus, junior Amber Carlisle said..

“We need to stay focused on not getting blocked mentally,” Carlisle said. “Our bodies have been ready; the only thing that’s held us back has been our minds.”

Reverting back to perspective, Carlisle said her team has many talented runners that have consistently done their jobs in the middle of the pack. “We know we have a chance to get top four if we just focus on our pack,” she said.

While Carlisle’s mindset heading into this weekend is realistic, she said her team has made tremendous strides in the last year both on and off the field.

“We’ve got a strong team camaraderie,” Carlisle said. “We encourage each other, and we’re not as focused on individual success as we are on how well the team is doing.”

Carlisle also praised the team for its hard work in the offseason.

Winget said he noticed the team’s improvement in conditioning this season, which he called his team’s best

“We came into the season in good condition, so we’ve been able to train for races in practice rather than get into shape during practice.”

Overall, Winget said both the men’s and women’s teams have had satisfying seasons.

“The girls got a win at North Texas (in September), and the guys are young,” he said.