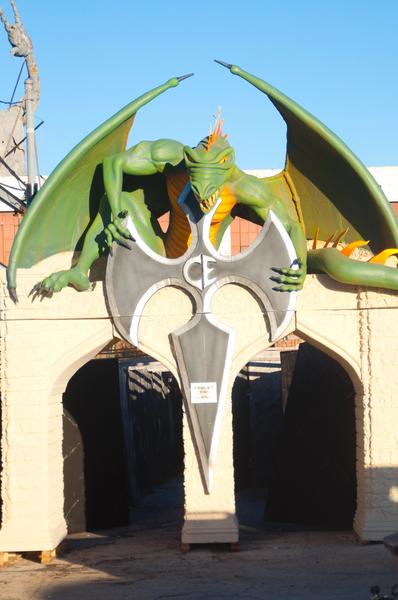 The voicemail of Todd James will tell callers that the Cutting Edge Haunted House is “an experience you can only hope to forget.”

James, the co-creator of the nationally-acclaimed haunted house, has more to celebrate than just the 20th anniversary of the eerie haunt, situated in Fort Worth’s “Hell’s Half Acre” area. The house reclaimed the Guinness World Records title for longest walk-through horror house Oct. 8.

Cutting Edge measured 3,519 feet long, according to the Guinness website. Factory of Terror, a haunted house in Canton, Ohio, had taken the award from Cutting Edge in August with a 3,318-foot length.

James said the publicity following the record was great on an international level, but that the house’s main focus would be to continue to scare.

“A lot of houses lose sight of scaring people in lieu of being beautiful,” he said.

James described the house as “kind of like a nightmare.” With a Gothic graveyard, a swamp and the biggest closet ever, he said a walk through the old meat packing plant was a fun ride. He said his favorite scare in the house was the laser tunnels.

“Characters can come out of nowhere and you’re completely blindsided by that,” he said.

An added benefit this year is that there are five Friday-Saturday-Sunday weekends in October, James said, which hasn’t happened since October 2004. The extra time allows the business to squeeze in an extra weekend of haunting, he said.