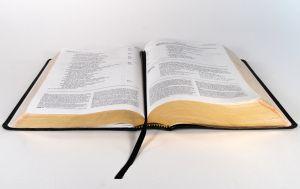 In a day and age when there is a lot of obvious contrast between Christianity and Islam, I was rather surprised to come across a recent CNN news story about an ordained Episcopal priest who was defrocked for openly confessing that she is a practicing Muslim and a Christian.

As a religion major, I could not help but see some inconsistencies with the Rev. Ann Holmes Redding’s position on her faith.

It appears to me that this path is a little more narrow than she might think.

But what about the Quran? Wouldn’t you think it would say something to the effect that you can’t be a Muslim Christian?

This minister of 30 years was removed from her ministry by the Diocese of Rhode Island and, in my opinion, rightly so.

I come from the school of thought that no matter what you put your faith in, you are either in or you are out. There is no compromise. I can say in complete confidence that Jesus and Muhammad took the same perspective.

But this is what we get in a society where Universalists and Unitarians, like John Adams, Susan B. Anthony and Thomas Jefferson, have infused their beliefs into our culture from the beginning.

The plurality of God sounds good from the outside, but it defies the fact that we are different. Unity in diversity makes a lot more sense than treating religion like a buffet.

The founders of the world’s religions paid a hefty price, and people of all faiths continue to sacrifice their lives for their beliefs,

I find Redding’s actions a gross injustice to all religions, especially Christianity. And I’m especially embarrassed that this nonsense is coming from the mouth of a Christian minister…well, former minister.

Andrew Weatherford is a junior religion major and pastor of Deliverance Bible Church in Fort Worth.