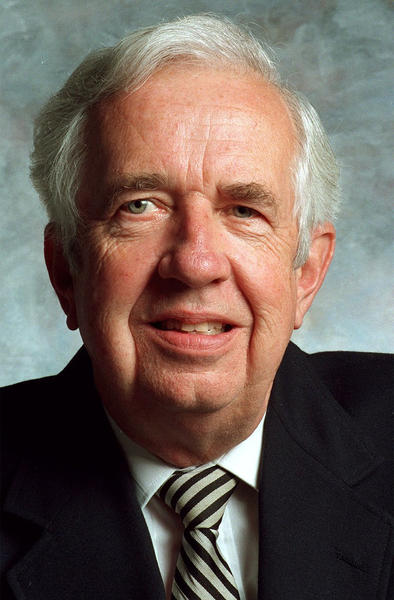 Phil Record, a member of the university community and an expert in journalism ethics, died Sunday night.

Record, 81, suffered a heart attack while driving and crashed his car into a Johnny Carino’s restaurant around 7:30 p.m. Sunday off South Hulen Street, according to an article on the Star-Telegram website.

Record spent more than a half-century in journalism and taught media ethics for more than a decade at TCU. He was a former associate executive editor for the Fort Worth Star-Telegram and a mentor to alumnus and CBS broadcaster Bob Schieffer. Record chose Schieffer to be his replacement on the night police beat at the Star-Telegram after Record was promoted to editor. Schieffer wrote in an e-mail that he will miss his longtime friend.

He wrote that Record made a difference in his and in many other lives that he touched.

“Phil was more than a good teacher, as others came to know during his years at TCU, but he was a good person who truly cared for others 8212; his family, his friends and his church 8212; and he found the time to help them in so many ways.”

Record worked for the Star-Telegram from 1954 as a reporter to his retirement in 1997. He held the positions of city editor, managing editor and ombudsman, among others, according to the Star-Telegram.

Fort Worth Mayor Mike Moncrief recognized Record in a news release Monday, calling him a “member of the Fort Worth family” who “set the standard for ethical journalism.”

“I hoped that his students continue his legacy of fairness and integrity,” Moncrief said in the release.

Schieffer School of Journalism professor Tommy Thomason said what really made Record a great teacher was his passion for the subject of ethics and his passion to communicate it.

“Phil was a great teacher because he loved students, he loved what he was talking about, and he had a passion for it,” Thomason said.

Thomason recalled telling Record that he was ranked No. 1 in the Schieffer School on the Student Perception of Teaching evaluations.

“I will never forget the expression on his face. Not only did he enjoy doing this [teaching ethics], but he saw that students in a paper and pencil assessment actually valued what he did and how much they loved him,” Thomason said.

Record was the national president of the Society of Professional Journalists from 1983-1984 and was the recipient of the Wells Memorial Key, the highest award bestowed on an SPJ member. He had 19 professional awards for reporting, photography and headline writing, according to his biography on the Schieffer School website. He also was given the Ethics Award by the TCU Journalism Department in 1991.

Jason Fochtman, a 2009 Schieffer School graduate, said Record had the most profound impact on him as a journalist and as a person out of all his professors at TCU.

“He made me think more openly about not only journalism and ethics behind journalism…but just how to approach problems in life,” Fochtman said.

Fochtman said he still uses the methods Record taught in everyday problem solving and in his career as a journalist.

Fochtman said he remembered that on the first day of his ethics class, Record handed everyone a manila nameplate with their first names written in red so he could learn everyone’s names. Fochtman said he still proudly displays his on his desk.