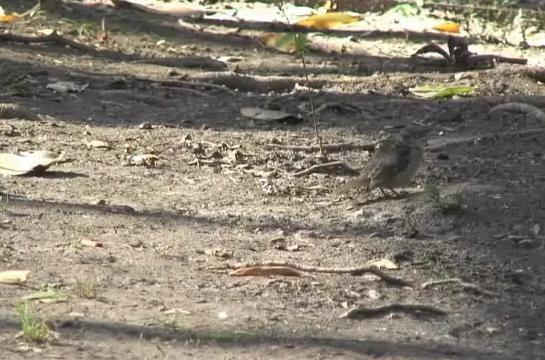 A lot can change in forty years (Hair styles, fashion, music, even traditions), but the world we live in shouldn’t.

In 1970, the first Earth Day was celebrated with picket lines, gas masks, and overall with what Michael Slattery calls a radical environmentalism attitude.

Slattery, the director of the Institute for Environmental Studies and the Chair of the Environmental Science department, says while the first Earth Day focused just the same on pollution, wildlife and wilderness conservation, it was separated by categories and it was anti-business oriented.

“What has happened over the last 40 years… is it is no longer viewed as looking at individual bits like soil loss or deforestation or global warming, that there truly is a unique and complex interconnectedness among these individual components, including us a species,” says Slattery.

He says there was a shift from radical reactionary environmentalism to sustainability, where businesses and environmentalists work together to be aware and responsible.

Today environmental club students are giving away sustainable items and raising money for the World Wildlife Fund. Even though the principles of the day of changed, the message is the same: help the earth.

Tom Calvert-Rosenberger, sophomore environmental science major and co-president of the environmental science club, said he thinks social issues and environmental ethics play a huge part in today’s earth day. He also says that students don’t see enough nature around campus, and they should take the time to go out and explore the earth especially on this day, if not other days.

Slattery agrees that Earth Day should be a day of awareness reminding people how to be responsible for the rest of the year.

“Everybody should realize that earth day shouldn’t just be one day, where we feel good about the earth or we buy something that is locally grown, or we take public transport,” Slattery says. “I mean that’s great, but I think what I would hope is that people stop and realize that actually everyday should be earth day.”

For an extended interview with Slattery go tohttp://blip.tv/file/3578079