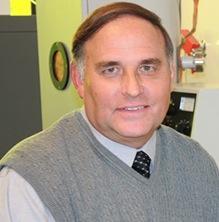 Senior Dipil Shrestha, an engineering major who had Kolesar as a professor for three classes, including one this semester, said the professor was one of the nicest people at the university.

“He was always eager to teach,” Shrestha said.

He noticed that Kolesar wasn’t at his best and would often have to rest during lectures. However it wasn’t until a week ago that substitutes began teaching Kolesar’s class, Shrestha said.

“He is going to be missed,” Shrestha said. “As for the class, there is no one who can teach it the way he did.”

Kolesar had been a professor for the department of engineering since 1993. He had a doctorate in electrical engineering and several patents for his work, in addition to making several book contributions in the engineering field, according to the university’s engineering Web site.

Walton Williamson, engineering professor and department chair, could not be reached for comment.

Pankaj Kumar, a junior engineering major who had his second class with Kolesar this semester, said he and some friends were remembering Kolesar on Wednesday night in the library as they reviewed recent papers he had handed back last week. Kumar said the university’s engineering program will never be the same and that he will remember Kolesar’s passion for teaching.

“He couldn’t even stand up, but he was still teaching us just because he loved to teach,” Kumar said.

“Dr. Kolesar was a very valuable member of the TCU staff,” Boschini said. “He was an excellent teacher and really cared about his students.”

Boschini said he remembered when he was new to the university and had to do fundraising for the engineering department. Knowing nothing about engineering, he contacted Kolesar and sat down with him for four hours to find out what he could about the department.

Boschini, laughing as he recalled the memory, said Kolesar answered all of his questions and teased him about being a slow learner. They remained friends ever since.

“He will be dearly missed,” Boschini said.

“Ed was a teacher and scholar of great distinction, contributing mightily to one of the finest departments in our Academy,” Donovan wrote. “His scholarship was dignified by integrity and enlivened by intense creativity.”

Kolesar faced his condition with what Donovan described as “unforgettable equanimity and a calm courage that was quite extraordinary.”

Funeral services will be conducted Thursday at the Saint Andrew Catholic Church. Visitation is scheduled Wednesday from 6-8 p.m. at Thompson’s Harveson & Cole on 702 Eighth Ave.

His family requested that food and flowers remain minimal and that donations be made in his name to The WARM Place Grief Support Center for Children.