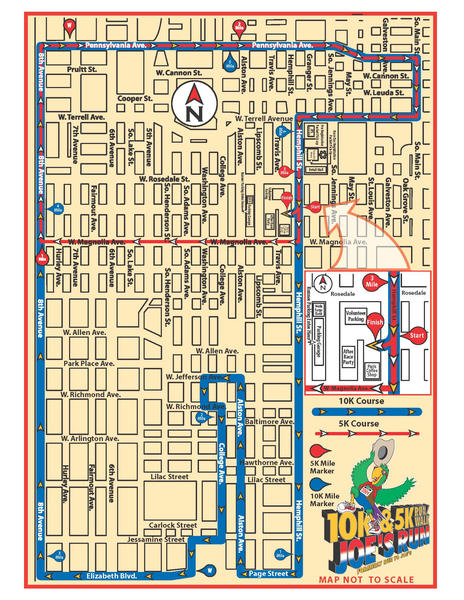 With 85 women participating in Joe’s Run, one of Fort Worth’s biggest charity runs and benefitting homeless men and women with HIV/AIDS, Eta Iota Sigma sorority will have the second biggest team in Saturday’s race.

HIS Vice President Katie McGee said she thought Joe’s Run is a good way to do philanthropy and get involved. McGee, a junior strategic communication and film-television-digital media double major, said it is the sorority’s third year to be involved in the run.

Alison Moreland, a former board president of Samaritan House, said Joe’s Run started as a fundraiser 14 years ago with all proceeds benefiting Samaritan House, a housing and support service for people living with HIV/AIDS.

Proceeds raised each year average around $80,000, she said, and she hopes the proceeds will be greater this year.

Moreland said the race is different this year because it has added the 10K run in addition to the 5K run/walk, and dogs will also be able to participate.

McGee said 76 women from HIS will participate in the 5K and nine women will be in the 10K.

“It’s an easy way to give back and a great way to get a whole bunch of people involved,” McGee said.

HIS member Bethany LaCombe, a senior triple major in history, anthropology and Spanish, said she likes participating because she gets to spend time with her family.

“My family actually likes to do 5Ks, so I was able to invite my mom and dad who live close by, and my sister, so they’re doing it with me,” LaCombe said. “I also get to participate with my HIS sisters, so it’s nice.”

There are people in all different physical shapes, so anyone can participate, LaCombe said.

“There’s a bunch of different people that come together,” she said. “Some are in really good shape and some aren’t…You always meet really interesting people.”

McGee said she will participate in Joe’s Run for the first time this year.

“I will be strolling,” she said. “I will be taking my time.”

Moreland said this is the fourth year the run has taken place in the hospital district in Fort Worth, and 15 neighborhood restaurants will be bringing food for the after party. Wooden parrot trophies will be awarded to winners, she said.

Where: Start line is on Hemphill Street.

Joe’s Run is open to the public.

Participants can register online or the day of the race.