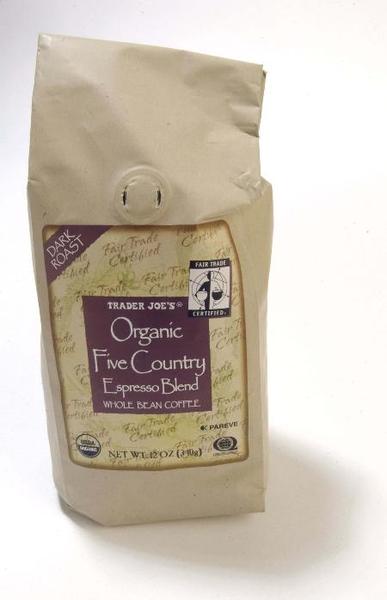 Who couldn’t resist the soothing intonations of the folksy melody in Bob Dylan’s classic “The Times They Are A-Changin’?” The harmonica riffs and easy-going style make it just too catchy to resist the temptation to sing along.

However, it is the lyrics that should capture our main attention. The times are changing, and it might be time to accept Fair Trade coffee and other products into our daily consumer patterns. As always, there are positive and negative perceptions of any issue, and with the utmost respect to alternative opinions, I offer the assenting aspects of Fair Trade.

First, to form an opinion on Fair Trade, you must understand what it is. In developing nations such as Ethiopia and Ecuador, small farms and landowners rely largely on coffee trade as their only means of income. These farmers hardly have the option to negotiate the price for their coffee beans when the “middlemen” come around. Fair Trade limits the excessive amounts of money some “middlemen” acquire between the transaction with the farmers and later the coffee companies.

“It comes down to an ethical issue,” said Ricky Anderson, co-coordinator of TCU’s Frogs for Fair Trade. “These small farmers shouldn’t have to choose between working or eating.”

So in regard to whether or not Fair Trade is “fair,” the answer should be a resounding yes.

To explain the difference between the perception of charity and doing the right thing, the faith of Judaism has something to teach us. Tzedakah is a Hebrew word often interpreted into English as “charity,” but the accurate translation is “righteousness.” Investing in Fair Trade coffee is not what we ought to do, but what we should have been doing for a while. Even Starbucks, a juggernaut in the coffee industry, has pledged to use 100 percent Fair Trade coffee by 2015. Fair Trade coffee is in no way “giving” money to the impoverished, but mending an unacceptable pattern of consumerism.

Certain studies have even shown that people are willing to pay more for a cup of fairly traded coffee when tested in real market settings. Why not spend a little more for a product you know will be premium grade? Most importantly, Fair Trade is a matter of redistributing the money, and not a scheme to cheat devoted coffee customers. Those skeptical of Fair Trade often see this issue on a cup-to-cup basis, but looking wholly at where your money is going helps visualize getting more bang for your buck.

Bob Dylan sings, “Come gather ’round people wherever you roam, And admit that the waters around you have grown.” In a world with such polar opposites in wealth and economic stability, the pursuit of ethical trade and global prosperity can start with your morning routine.

After all, what goes better with a cup of coffee than cream, sugar and a little goodwill?

Judith Schomp is a freshman political science major from Lindale.