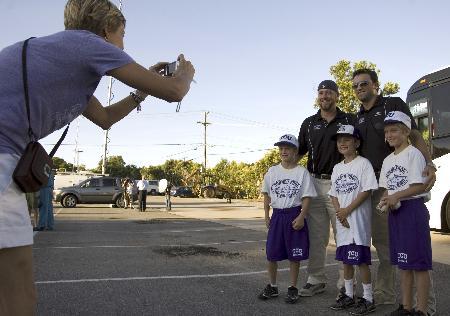 The Horned Frogs set off on the road to Omaha, Neb., with the support of about 200 fans from the Amon G. Carter stadium parking lot Thursday morning.

Members of the band, university staff and community cheered on the baseball team as it boarded buses to the airport. The team is heading to the College World Series for the first time in school history and the last time it will be held at Johnny Rosenblatt Stadium.

The Frogs will begin the tournament on Saturday when they take on Florida State at 1 p.m.