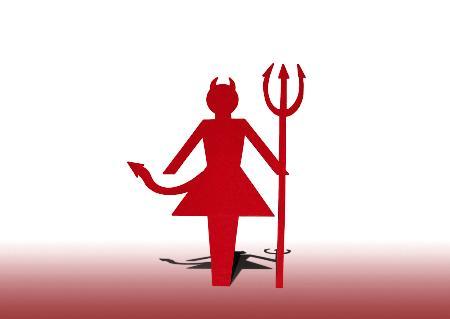 Pirates, Ghostbusters, vampires and Freddy Krueger are the names of common Halloween costumes you might see on the men’s aisle. For women, the pirate becomes “sexy pirate,” the witch transforms into “glamorous witch” (glamorous meaning “with less clothing”) and even Freddy Krueger morphs into the sexy “Ms. Krueger” (complete with strategically placed claw slashes). For those of us not interested in the “sexy” look, finding a Halloween costume is really just an exercise in attempting to find an outfit that doesn’t make us look like playmates.

Why is it assumed that every woman wants to be a “sexy” anything? If I want to be a character from Harry Potter, my only choice is a wizard costume that would make my mom blush. You certainly don’t see men running around on Halloween looking like they escaped from Chippendales. According to the Costume Express Web site, there are zero pages for “sexy male” costumes and more than seven pages of “sexy female costumes.” If there were truly costume equality, I’d see men wearing those tear away stripper pants and suspenders with nothing underneath (topped off with a cowboy or fireman hat, of course).

My best friend is a children’s librarian. She e-mailed me asking for ideas because she has to wear a costume to work, and was having trouble finding something appropriate. My boyfriend said, “Oh, can’t she just be a sexy librarian?”

Not helpful. And I can’t help but wonder where this line of thinking comes from.

Do people really believe that women wait all year just to be able to bust out the sexy threads because it’s OK to be sexy that one day a year? Maybe there are women who feel that way, but if I am feeling sexy, I’m fairly certain a lewd SpongeBob costume wouldn’t fulfill that fantasy for me. Maybe these women need to spend more time at Victoria’s Secret and less time at the costume shop.

Once again we women are all pigeonholed as taking any chance we can get to dress sexier and get away with it. Who can accuse you of being a trollop on Halloween? Heck, it’s practically encouraged. As for me and my friend, we both ended up creating our own costumes using normal clothing. I believe that breasts and the church fall carnival I attend every year just don’t mix.

Instead of making every fairy, witch, werewolf and princess look like she’s about to shimmy down a stripper pole, why can’t women get some more dignified costume choices? Last time I checked, being a serial killer really wasn’t all that sexy anyway.

Christi Aldridge is a senior strategic communications major for Hillsboro.