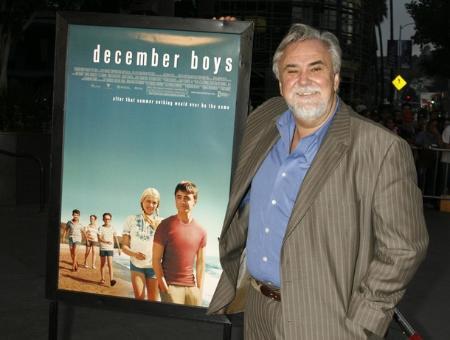 Film and television director Rod Hardy will visit campus Monday through Thursday next week to direct workshops for students in the university’s film, television and digital media department.

Hardy, a native Australian, will be the Green Chair speaker for the FTDM department this year. He has directed episodes of television series such as “The Mentalist,” “Burn Notice,” “In Plain Sight,” “Saving Grace,” “Leverage” and “Battlestar Galactica.”

In addition to lectures and workshops,the FTDM department scheduled Hardy to visit various FTDM classes, including Video I and Business of Media.

Hardy said he looked forward to visiting the university.

“I have no expectations, but I have an understanding in my head that we’ll have fun,” Hardy said.

Hardy said he planned to cover everything, from the importance of using instincts in the film industry to the good and bad aspects of the industry.

“My job is not to be didactic and to say, ‘You must do things this way,'” Hardy said. “My job is to just explain how my life and career has been put together, and hopefully others will find some common ground or some spark of information that may help them through their careers.”

Greg Mansur, a FTDM instructor who planned Hardy’s visit, said Hardy will visit the university in between directing episodes of “The Mentalist.”

Hardy said a FTDM professor asked him to be the Green Chair speaker at the Lonestar Film Festival in Fort Worth in spring 2009.

“The timing was just perfect,” Hardy said. “I could fit it in between doing episodes of ‘The Mentalist’ and other television productions in Los Angeles.”

Richard Allen, department chair of FTDM, said watching a director who was right in the middle of working on a popular television show would benefit FTDM students. He said Hardy will offer an interesting perspective on how the television industry currently operates.

“As long as the Green Chair brings whatever they do best to the students, then the students are going to get something out of it,” Allen said.

Mansur said on a show like “The Mentalist,” every minute is worth tens of thousands of dollars to the cast and crew, so Hardy’s time is important.

“The fact that he’s coming here to give us five days of his life, well, we need to take advantage of it,” Mansur said.

Julie Harrison, a sophomore FTDM major, wrote in an e-mail that she thinks Hardy’s visit would provide a great opportunity for students to hear a professional director’s experiences in the film industry.

“From what I have heard, Rod is a great person and a spectacular director,” Harrison wrote. “I believe that you will also find a lot of interesting things from what he has to say.”

Hannah Huchton, a junior FTDM major, said Hardy’s visit would give credit to the university.

“I was really surprised because he’s such a big name and he’s established in two countries, Australia and the United States, so its like he’s made it,” Huchton said.

Wednesday: Lecture on Rod Hardy’s life in the film and television industry from 5:30 p.m. to 9 p.m. in Moudy Building South room 164