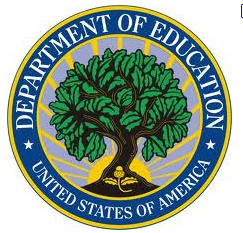 Are you looking for a gritty action movie with a low-budget feel, but big-name actors? Then “Machete” is for you. How about a political movie where every nook and cranny is filled with serious, literal allegories to the present immigration situation? If that’s the case, probably not.

While most don’t take it that way, some people on the far right believe it is a call to action, which is obviously nonsense when you view the film.

The movie chronicles an illegal alien with the moniker Machete (Danny Trejo), who is briefly involved in the drug trade, but quickly moves to more mundane 8212; and stereotypical 8212; tasks, such as yard work and construction.

But it isn’t long before a man named Michael Booth (Jeff Fahey) offers a whopping $150,000 to assassinate Texas state senator John McLaughlin (Robert De Niro). He is told the senator is an outspoken anti-illegal immigration activist who has deported hundreds of illegal aliens and that Machete himself could be next. Machete accepts and takes the money and a sniper rifle from Booth.

But just as Machete gets McLaughlin in his sights, he spots another sniper who (without killing) shoots both Machete and McLaughlin. Machete quickly realizes he’s been double crossed, and Booth is a McLaughlin aide who has orchestrated the whole thing to blame the assassination attempt on Machete and illegal immigrants. Machete then spends the rest of the movie fighting against McLaughlin and his cronies.

The political themes are so blatant that it is obvious that directors Robert Rodriguez and Ethan Maniquis are playing on stereotypes and do not mean to be serious. Booth is portrayed as a capitalist who uses the shooting to garner support for an electric fence spanning the border that would be built by his company. With a viewing of the film, there will be no mistaking that it is only entertainment.

The acting is, with only a few exceptions, superb. Trejo has the machismo look and acting chops to fit the part. By far the best acting comes from Michelle Rodriguez, who plays Luz, a taco truck vendor who eventually allies with Machete. Rodriguez plays the part indistinguishable from perfection. The only negatives are mediocre acting from Jessica Alba and a dubious casting choice of Steven Seagal as a Mexican drug lord.

This film will appeal to anyone who loves action flicks. It has lots of shooting, stabbing, and even beheading (with a machete, of course). “Machete” also features a solid plot and a diverse set of actors all in terms of fame, race and role. This makes the movie distinct from the cliche action film that has all guns and explosions but no plot or theme to go with it.