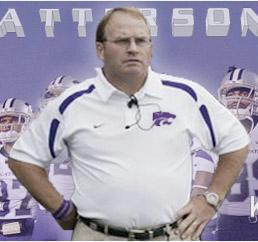 The Horned Frogs’ success may be creating a buzz among college campuses about the prospects of luring head football coach Gary Patterson away from TCU, but the publicity created from a Kansas State University fan’s Web site prompted its shut down this week.

The coach is being mentioned in rumor mills for jobs at Clemson University, KSU and the University of Iowa. But the Web site, www.hirepatterson.com, which was created by a KSU fan to promote Patterson, to drum up support for the coach among fellow fans has been taken down just weeks after its creation.

Even when the site was up and running, it was blocked on TCU’s campus network.

Harris said he did not know anything about restricted access from TCU’s network, and he declined further comment.

Even with this site down, there are still rumors circulating around the Internet about Patterson’s next location.

He has been mentioned as one of the top five candidates to fill Clemson’s open head coaching position by both TheState.com, the Web site for the Columbia, S.C., newspaper and Sports Illustrated’s Web site.

All of those are currently just rumors, but Wendell Barnhouse, correspondent for the Big 12’s Web site, confirmed no one school is looking at Patterson specifically.

“I haven’t heard anything specifically about him and I am a little surprised by that,” Barnhouse said. “I think that might pick up a little bit. Obviously there are going to be openings at Syracuse and Washington, and the Clemson job is open. I think a lot of the jobs right now that are going to come open aren’t really a good fit for him.”

Barnhouse did say Patterson might be one of the finalists for the job at his alma mater.

“A couple years ago he was kind of a candidate for (the Kansas State coaching job), and that might happen again if that opens up,” Barnhouse said. “If (TCU) goes one loss or two losses again by the end of the season, his name is going to come up. It just depends on whether he wants to make a move.”

Barnhouse added Patterson’s history at KSU might make that school a good fit for the coach, but he added it is difficult to win at KSU.

Patterson was not available for comment, but athletic director Danny Morrison took the rumors in stride.

“We do not comment on speculation,” Morrison said in an e-mail. “It would surprise me if (Patterson) was not on someone’s list.”