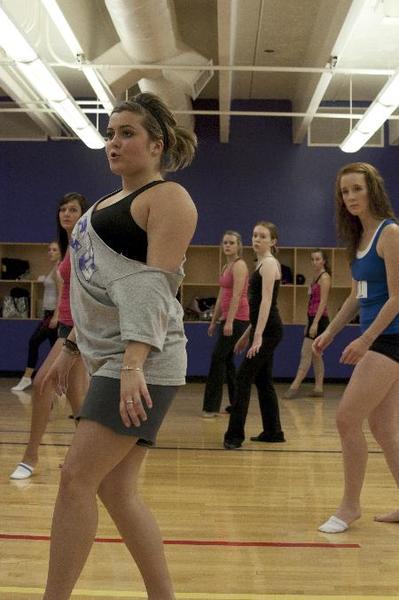 When former TCU Showgirl Megan McDonald was forced to take time off from the team when she injured herself last year before tryouts, she didn’t stop dancing. She started planning.

McDonald, a junior biology major and a dancer since age 2, decided to create a competitive dance team called TCU Elite. The team will focus on studio dance techniques and go to local and national competitions, McDonald said.

“I wanted to be a part of something and dance again,” she said.

The idea came to McDonald in April.

Cristie Carpenter, assistant director of programs, said McDonald went through the Office of Student Organizations, which requires clubs to write a constitution and fill out paperwork. Carpenter said once TCU Elite became classified as a sports club, McDonald had to fill out more paperwork, attend monthly meetings and a manual training about risk management and hazing policies.

Whitley Leiss, a senior early childhood education major and TCU Showgirl captain, said the team and Showgirls are two different entities since TCU Elite is a sports club and Showgirls is backed by marketing, although she said Showgirls could compete if they raise the funds.

McDonald said 32 people auditioned this past Saturday, and 18 were selected. Auditions consisted of learning a one-minute-long jazz routine that McDonald taught, and performing the routine in groups for outside judges, McDonald said. The judges were Brian Stevens, a local choreographer who will work with the team after it is formed; Tara Roberts, a former Dallas Cowboys cheerleader and friend of McDonald’s and Rachael McCoy, director of the University of Texas’ dance team, McDonald said.

Leiss said she is proud of McDonald for creating the team and following her passion for dance.

McDonald said this year is mostly trial and error, and having a strong team bond will help teammates learn from their mistakes.

“It’s everybody’s collaboration,” McDonald said. “It’s got to be all these girls helping and helping one another and all of us working together in order for it to work.”

Annie Cummins, a sophomore entrepreneurial management and marketing major, was selected as a member of the team this Saturday.

“(Dance) is a very passion-driven activity,” Cummins said. “It’s one of those things that you have to love doing it, or there’s no point at all.”

McDonald said that while taking a year off was difficult because she missed dancing with a team, she said she did not try out this year because the team was not for her anymore. She said things fell into place because Showgirls focused more on cheer, and now she can focus more on the competitive side of dance with TCU Elite.

She said she wants this year to go well because she has put so much of herself into the creation of the team, though its reality has not hit her yet.

“Never in my wildest dreams would I have thought that I started a team,” McDonald said. “It’s kind of surreal.”