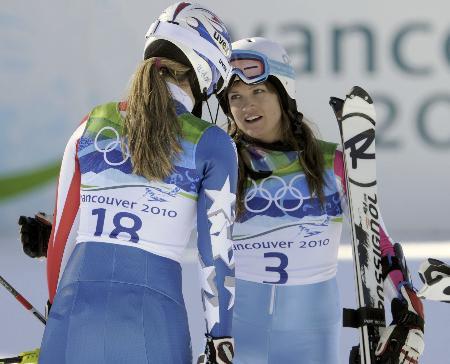 The final rounds of the 2009 Texas high school girls’ basketball state tournament were played in Austin where Starr Crawford led Mansfield Summit to the state title.

Now Crawford is on another team that hopes to finish its season a few hours south of Fort Worth.

The 2010 NCAA Women’s Final Four will be played at the Alamodome in San Antonio during Easter weekend, and the No. 23 Horned Frogs women’s basketball team is in line to make its ninth tournament appearance in ten years.

Though juniors Helena Sverrisdottir and Emily Carter lead the team in scoring, Crawford does the dirty work inside.

The 6-foot freshman forward is averaging nearly a double-double, and she leads the team with a rebounding average of 9.4 per game and 8.9 points a game.

Head coach Jeff Mittie listed a few qualities Crawford has that have helped her become an impact player quickly at the collegiate level.

“She’s one of our strongest players already as a freshman, so that helps (her) physically coming in. She’s got a good basketball IQ and picks things up pretty quick,” Mittie said. “The final thing is she’s just a competitive kid (who) comes everyday and works hard.”

Mittie said he knew Crawford could be a key player as a freshman after a scrimmage against Oklahoma State in which she “raised her game another level.” Crawford’s performance in that game earned her the respect of older teammates.

“When you produce on the court…upperclassmen that have been here are going to take notice of that and start listening,” Mittie said.
Despite Mittie’s praise, Crawford was humble about the reason upperclassman listen when she speaks up.

“I say things that pertain to the game and the situation that we’re in right now,” Crawford said.

Crawford was selected as the 5A state tournament Most Valuable Player after the Jaguars’ 2009 championship run. Even though she had a state title under her belt, Crawford said the adjustment from high school to college game was difficult.

“In high school you don’t have to be physical as soon as you step on the court. You can wait until the play develops,” she said. “But in college, it’s you constantly have to have a body on somebody.”

Mittie said he was not surprised that Crawford cited physicality as a hurdle in college basketball.

“She’s not going to be bigger, stronger, faster than a lot of players like she was in high school,” Mittie said. “She’s learning how to adjust to that. She’s learning what was an advantage her senior year maybe isn’t as much of an advantage now.”

Crawford has helped the Horned Frogs to a 19-6 overall record, and their 9-3 mark in league play puts them at the No. 1 spot in the Mountain West Conference. An at large bid for the NCAA tournament is a likely scenario no matter what the outcome of the conference tournament, but Mittie was non-committal about how far his team could go in the postseason.

“A big part of being a team that plays in the postseason is how resilient (they) are,” he said. “This team has shown that they come to work everyday and that’s what has made them good to this date, but we know we’re going to have to have a good February.”

Crawford said her goal was for the team to make it to the first Sweet Sixteen in program history after the Frogs were eliminated by South Dakota State in the first round a year ago.

If Crawford gets her way, the Frogs may have to celebrate Easter in San Antonio.