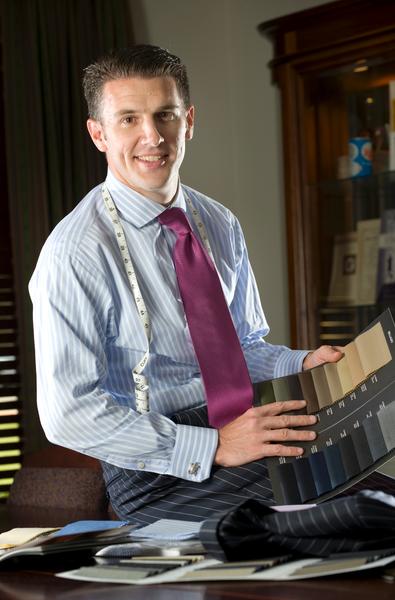 Kip Boydston, a TCU advertising/public relations alumnus and professional clothing consultant, won about $4,200 on “Wheel of Fortune” after being overlooked twice in the selection rounds. Boydston has always lived in the Dallas-Fort Worth Metroplex, and he graduated from TCU in 1996. He wore his Horned Frog cuff links on the show and gave TCU a shout-out on national television.

How did you get to be on “Wheel of Fortune”?

“One Sunday back in February after church I went to an open casting call at Billy Bob’s, and I did not get selected. I then got an e-mail inviting me to the office/hotel in Dallas about two weeks later. At that process they had, I think, four groups of about 80 to 100 people. At the end of that they had four to five people come up for an imaginary round and I didn’t get selected for that portion, but I figured those four probably made it. About four weeks later, I went to check my mail hoping for a check from a client, but I actually saw an envelope from the “Wheel of Fortune’ saying, “Congratulations, you have been selected to appear on the show at some point. Be able to be here sometime between now and the next 18 months.'”

Were you nervous at all during the selection process? Did you find it hard or easy?

“No, the selection process was fun. I mean obviously I’ve got a kind of outgoing personality and there were a lot of people laughing, making jokes. I was just trying to be myself so that wasn’t nerve-racking at all.”

Have you been to Los Angeles before?

“No, this was actually our first trip to California.”

What was your first impression of the studio and the people on the show?

What was it like being on national television? Were you nervous at all?

“It was fun. Obviously I was a little bit nervous at first, the first toss up round they do, but after you meet Pat [Sajak] and do the introductions to introduce yourself…you kind of forget about the cameras and everything else and it just goes by really, really fast. An entire show is taped in about 18-20 minutes. I was kind of surprised at how fast it went by.”

How far did you make it on the show?

“I did not make it to the bonus round, but you basically have three players until the bonus round, and then the winning contestant with the most money makes it through to the bonus round. The first two rounds I didn’t get to touch the wheel at all, they spun and I didn’t get a chance to play at all, and went all the way from start to finish. The third round I actually got to play, and I was going to solve it, and I hit bankrupt and lost, I think, $5,500, and then came back to solve that puzzle for $1,200. I got the third toss up, so I finished with $4,200 total.”

Do you have any plans for the money you won on the show?

“School loans. Honestly, the government takes their share and the state of California takes theirs, so there won’t be a whole lot. Basically, I will pay a few bills and my wife and I may take a quick little trip or surprise the kids. Four thousand dollars is a lot but once the taxes are taken out, it probably won’t be very much.”

What were the puzzles that you solved on the show?

Do you feel like you contributed anything special to the show?

“Yes. TCU got a major, major plug. I wore my Horned Frog cuff links. I’m actually a professional clothier and made a huge mention. They got a close up of that and I yelled, “Go Frogs!'”