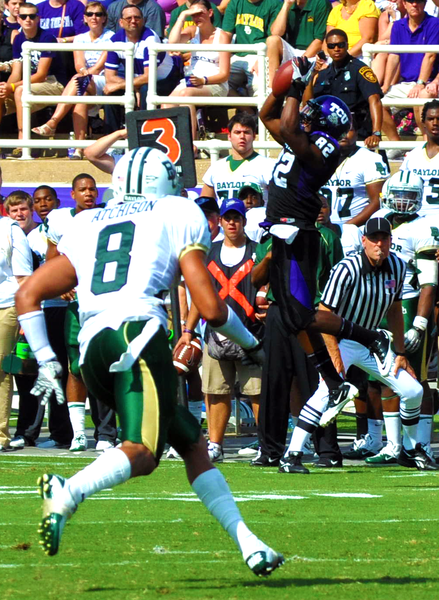 Following the 45-10 win over the Bears of Baylor University, the Frogs travel to Gerald J. Ford Stadium in Dallas this Friday to battle the Southern Methodist University Mustangs. TCU holds a lead for the series at 43-39-7 against SMU. With head football coach Gary Patterson at the reins, the Horned Frogs are 7-1 against SMU.

TCU quarterback senior Andy Dalton set the TCU completion percentage record last Saturday against Baylor University. Along with junior running back Ed Wesley, who ran 19 times for 165 yards with two touchdowns, Dalton is expected to have an identical outcome to last week’s showdown at a sold out Amon G. Carter Stadium.

SMU sophomore stand-out quarterback Kyle Padron, has had at least two touchdown passes in all three games and eight overall this season. Padron has not thrown an interception in SMU’s two wins since being picked off three times in its season-opening loss to Texas Tech University. Other SMU stars, including sophomore running back Zach Line who has three touchdowns with 276 yards, still have the bitter taste of the 39-14 loss in last year’s Battle for the Iron Skillet.

To contradict the SMU offense, the Frogs defense have only allowed an average of 227.2 yards per game. The Mustangs of Southern Methodist have to go into this week’s game facing one of the NCAA’s strongest defense. With a young quarterback behind center for SMU, the Frogs will certainly shut down the Mustangs scoring ability.

Tyler Christensen is a freshman broadcast journalism major from Crawford.