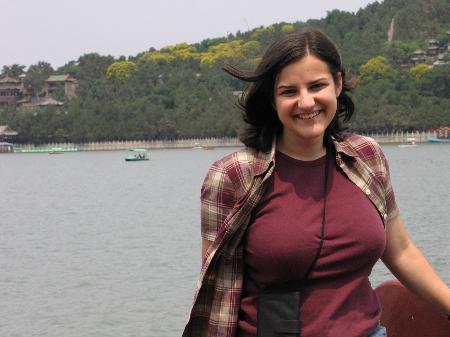 Karen Daleiden will graduate this December with a geography major and a history minor and plans to continue her education in graduate school. But had you talked to her just three years ago, she said you would’ve found a woman with a notice of suspension from the School of Education because of her low GPA. So what happened to turn her college experience around?

In 2003, Daleiden attended Blinn College in Brenham but always dreamed of coming to TCU. She transferred to TCU in 2005 with her sights on an education major and a history minor so that she might teach history. In Daleiden’s first semester at TCU, she completely filled her academic plate with classes and extracurricular activities, including concert and marching band. However, at the end of her second semester, she said she had a 1.9 GPA with an incomplete on her transcript.

“School has been challenging as I’ve always had problems with my writing because I have narcolepsy, attention deficit disorder and general anxiety disorder,” Daleiden said.

“My general anxiety disorder makes me very anxious, and because of that I put things off to the last minute, and it gets to a point where the problem compounds and the anxiety grows and I have even less time then before,” Daleiden said.

Daleiden said her ADD kept her from focusing on school work, and her narcolepsy kept her constantly sleepy.

Daleiden lived off campus at the time and she said that added to her trouble.

“Because I lived off campus it was tough to get out the door and find a parking spot and get to class on time,” Daleiden said.

That same semester Daleiden received a letter from the education department placing her on academic probation, and if she didn’t get her GPA up she would be suspended from TCU.

Daleiden finished her incomplete course and brought her GPA to a 2.0, but after talking with Mary Patton, the dean of the School of Education, she decided a major in education was not working for her and switched her major to history and her minor to geography.

Changing her major to geography turned out to be one of the most important decisions of her academic career.

“Karen went from taking one geography course to wanting to take every geography course ever taught on the face of our planet. She is extremely enthusiastic about geography,” said Jeoffry Roet, one of Daleiden’s geography professors.

Daleiden said her father is a geographer and the subject comes to her naturally.

“Once you realize you’re a geographer, it’s how you identify yourself,” Daleiden said.

When Daleiden reflects on her time at TCU, she says she’s glad everything happened exactly when it did.

“I’ve always had to have something in my life push me to my next point,” Daleiden said. “Hitting rock bottom with the notice of suspension was exactly what I needed to get me where I am now.”

Roet said students like Daleiden are part of the reason why he teaches.

“Students that go from marginal to top notch because they finally realize what want they want to study and then find the motivation to succeed are part of why professors want to teach,” Roet said. “In Karen’s case, geography provided a wonderful motivation to become an excellent student. The same thing happened to me, too.”

Daleiden said after she was put on academic probation, she re-evaluated what she wanted to do.

“I lightened my course load, I talked with my professors and let them know what was going on in my life, I got help from Campus Life and I told myself ‘I’m going to graduate from TCU,'” Daleiden said.

And that is exactly what Karen is going to do.