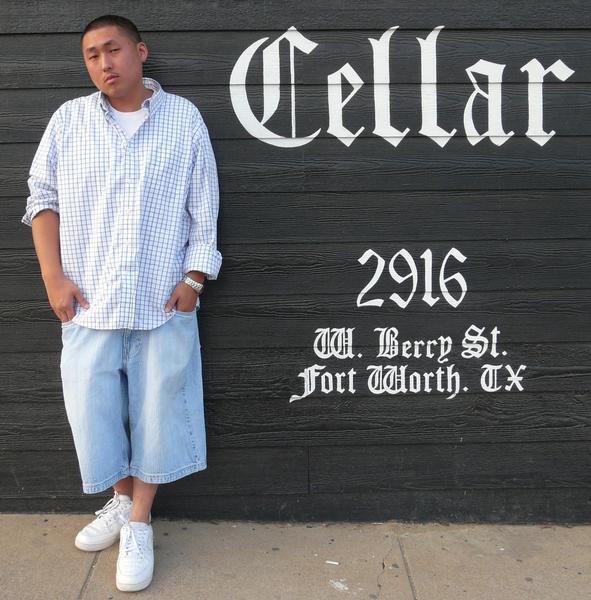 Andrew McCollough graduated from TCU in ’05 with a degree in education 8212; but he’s not a teacher.

Before he can think about standing in the front of a classroom, he said he has to preach against the grind by rhyming his truth and embracing his life.

After graduation he fell into a job trading stocks for two years before realizing he was happiest writing rap.

Dru said pursuing his music is about risk and sacrificing to do what makes you happiest.

Inspired by Mos Def, Talib Kwali and the Roots, Dru entered every contest TCU offered to hone his craft 8212; winning poetry slams, competing in TCU’s Battle of the Bands and engaging in rap battles in the now-developed quad in front of the old Main.

“TCU was a culture shock,” Dru said. “That might be why I focused so much on music, trying to find like … people.”

Nearly every individual who helped him get to where he is happens to be someone he met at TCU or while he was in school. His success isn’t just tied to the knowledge he gained and the growth of perspective from the classes he took, but also the creativity of the people met.

“The college atmosphere really helped me out; in college you’re just around different and creative people, everybody here is bright,” Dru said. “It’s your whole world, you in a bubble.”

After a brief stint back home in Topeka after graduation, Dru convinced his producer and drummer Eye-Jay, founder of Sphere Music Group, to come and be a part of forming an alternative, more well-rounded Fort Worth hip-hop scene.

Dru hopes to sign with a small indie label. His band has the work ethic and sound Dru believes people want to hear 8212; they just need the push, he said.

Released in November, Dru’s album, “Dirty Money Painting” is a story within in an album with ebbs and flows, the good and bad in life and honesty.

Dru said he has to be positive because he’s had a positive life, but those who had a negative life shouldn’t be censored from writing their story, either.

With The Cellar, Shogun, Aardvark, The Moon and Fusion surrounding campus, Berry Street would be the epicenter for Dru’s vision of an alternative Fort Worth rap scene. He plays monthly shows at The Cellar. It’s an opportunity to spread his message.

He sees a mixed crowd at The Cellar, and he likes it that way 8212; he is not a big fan of seperation.

“I’m Korean, I have white parents and went to TCU,” he said. “If you got drugs and bitches talk about it, but everybody has a family member, write a song about them, give a good portrayal of your whole life.”

While at TCU Dru crossed a line most students don’t, immersing himself in the south Fort Worth rap scene one night, and hanging out with fraternity friends the next.

“It’s those two worlds, yes I had friends at TCU and I had friends in jail, it’s like dirty money painting 8212; both sides of it aren’t separate but one,” he said. “The painting is beautiful and colorful, but it’s a picture of dirty world.”

Writing is a dying element in hip hop, but it’s the most important element of Dru’s music, he said. His band is frequently told that their music goes over peoples’ heads, that it needs to be dumbed down.

People love the fun songs, but that’s not something he wants to do all the time.

“I don’t always have fun,” Dru said with a blank stare.

The process of Dru’s lyrical flow varies as widely as the emotions that fuel his creativity.

His rap comes out more structured and literary when he’s typing on his laptop, more conversational when he uses pen and pad and more simple when he smokes weed.

“I feel like simple writing is just as good as complex,” he said. ” You have to be able to do both.”

Just like his writing, Dru’s answers are always substantive 8212; whether simple or complex, a two-word response or a five-minute tangent.

Dru pauses, hand over mouth, then the sun comes out.