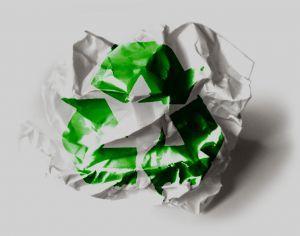 Everyone hold your breath for this news story. Literally.

In a news report Feb. 19 from the Associated Press, it was reported that the Environmental Protection Agency is likely to consider carbon dioxide an air pollutant.

I don’t know when anyone decided that naturally formed elements in the atmosphere were a big deal. From what I learned in elementary school, I always thought that carbon dioxide was good because it helped plants grow.

In actuality what the EPA wants to regulate is companies that emit carbon dioxide. They say because of the “scientific consensus” we must take measures to make sure we don’t keep putting horrible chemicals, elements or whatever in the atmosphere.

It seems as if a lot of people are confused on the word “consensus” thinking it means only a few people agree. Despite what you hear from so-called “scientists” like Al Gore, many actual scientists who actually study environments are a little more skeptical on the idea that carbon dioxide and humans are to blame for the climate change.

Some scientists like Tim Ball and John Coleman, founder of The Weather Channel, think that we are wasting our time, money and minds trying to fix something we never broke. Coleman even said that global warming is one of the biggest hoaxes in human history.

Although this dissent is from reputable scientists, many close their ears to the idea that global warming is not human fault. Perpetuated by media-run hysteria people are panicking over something a lot of scientists criticize and are skeptical about.

Instead of actually having a debate over the issues, global warming hysteria has confused the problem and made it like an absolute truth not to be questioned. Almost like the religion of environmentalism.

I know what you’re saying: “But Michael, that’s only a few scientists who disagree. Most scientists, including the Intergovernmental Panel on Climate Control, do think that carbon dioxide in the atmosphere is a problem.”

For you doubters, I point to the fact that many scientists such as Christopher Landsea have quit the IPCC because of political overtones of the group. Many people on the panel are not even scientists, some being members of political groups such as Greenpeace.

In the end, I think all of us are slightly confused on the subject. Even scientists themselves don’t all agree on what the climate is doing or whose fault it is. The only thing that is for sure is what will happen if we continue to restrict business with environmental rules: economic disaster.

Michael Lauck is a freshman broadcast journalism major from Houston.