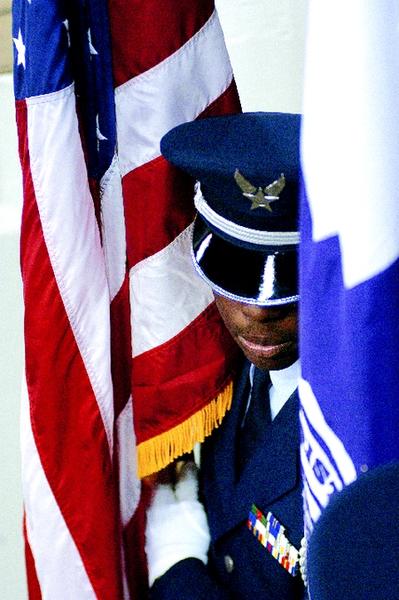 What do an aspiring job market, a stable workforce and merit-based pay raises have in common?

According to John Thompson, executive director of Career Services, they are all characteristics of working in a government job.

The turbulent economy has fueled interest for government jobs among the public, especially students entering the working world, he said.

Thompson said students seek government jobs because of the stability offered and because the expansion of government resources has led to hiring more employees.

Mike Orenstein, representative for the U.S. Office of Personnel Management, said the government does not capture the quantity of students applying for federal employment, but said the government has seen a growing number of resumes from college graduates.

Orenstein said a job fair in Washington, D.C., for individuals with advanced degrees had a huge turnout. The Presidential Management Fellows Program, the most elite intern program in Washington, D.C., received more than 5,000 applicants, a 40 percent increase from last year. The majority of these applicants held master’s or doctoral degrees.

Orenstein said the government has been attempting to capitalize on student interest in federal positions by airing 30-second television spots in 20 different markets in areas where colleges or universities exist. Other factors of placement are areas with higher average unemployment rate or areas that have experienced recent job layoffs, he said.

OPM’s Web site, USAJOBS.gov, experienced a large increase in hits and use, Orenstein said. Resumes uploaded to the site have doubled, he said.

Thompson said traditionally, government jobs are not as high paying as enterprise jobs, but in recent years the discrepancy has diminished.

“There are a lot of government employees who can retire in 20 or 30 years of full pay,” Thompson said. “Federal employees are not on the Social Security system, so their retirement programs are structured differently.”

These jobs have a systematic and structured environment, Thompson said. Government jobs base pay raises on merit-based systems that use employees’ performance and years of service as primary criteria, he said.

“Just because the boss might not like you doesn’t mean you may or may not be getting a pay raise,” Thompson said. “It doesn’t work like that.”

Thompson said the Dallas-Fort Worth area remains an excellent source for government jobs because a branch of the United States Mint and the Naval Air Station are in the area.

“When you Google ‘government jobs in Fort Worth,’ you get over 5 million hits,” Thompson said.

Orenstein said studies show that one of the benefits and attractions for students who choose federal careers is finding themselves taking on greater responsibilities at earlier stages in their careers than peers in the private sector do. The shift from early government jobs of a clerical nature to professional or administrative federal jobs gives employees greater opportunities for greater responsibilities early on, he said.

“In addition to pay, federal jobs include benefits, a retirement program, Social Security benefits and a thrift savings plan that is equivalent to the 401k plan, which includes contributions from Uncle Sam,” Orenstein said.

Boah Chung, a sophomore neuroscience major, said she thinks the economy provides more resources for students entering the job market, especially among departments that pay for tuition in exchange for service.

Chung said she likes the idea of staying in the medical field but still having a government job on the side. She said she would like to apply for a military surgeon position or work for the surgeon general.

“As a military surgeon, I’d get a little bit of everything,” Chung said. “I’d be able to travel, be granting America a service, and I’d still be in the medical field.”

Daniel Frey, a junior finance major, said he wants to apply for a government job when he graduates.

“It offers stability, job-wise, and it’s a feeling of giving back to your country,” Frey said. “I really enjoy politics so that would be a stepping stone in heading in that direction.”

Frey said he would like to enter state or federal financial affairs and make his way into politics.

“I want to be helpful to the country and to the people,” Frey said.