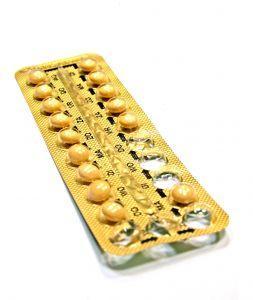 After two years of negotiating contracts with drug companies, the Health Center is offering contraceptives at a cheaper price.

The negotiations began in 2005 after a provision in the Federal Deficit Reduction Act removed university health clinics from a list that benefitted from preferential prices in brand-name birth control, thus causing the price of birth control to go up, Health Center pharmacist Frank Calhoon said.

The Health Center began offering generic oral contraceptives at $25 per pack instead of $40 in January, Calhoon said.

These generic oral contraceptives are provided through a contract with Barr Pharmaceuticals, which develops and markets generic pharmaceuticals in order to lower the health care costs, Calhoon said.

Jeannine Calhoon, a technician assistant at the Health Center, said some brand-name oral contraceptives are available at a 15 to 20 percent discounted rate through a contract with pharmaceutical company Warner Chilcott.

Taman Sandhu, a junior neuroscience major, said the reduced prices would make birth control more accessible for students, but would have advantages and disadvantages.

Frank Calhoon said the pharmacy has not noticed an increase in students purchasing birth control since the price reductions took effect.