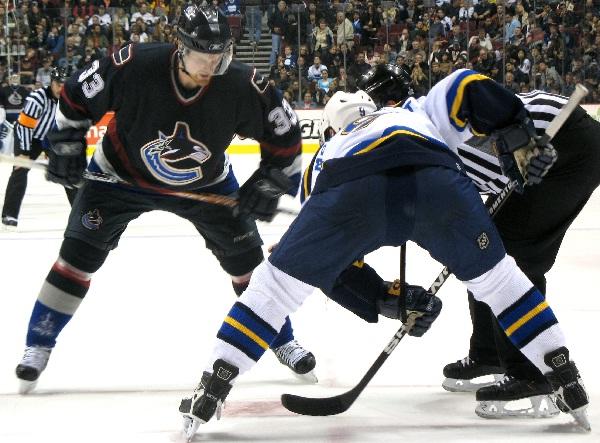 When my older brother surprised me with Dallas Stars tickets this weekend 8212; for a preseason game, no less 8212; I dropped all of my plans and made sure I could go.

Why? The logic, at first, defies natural explanation. I was born and raised a resident of Hawaii, I’m currently going to school in Texas and I passionately hate bitterly cold weather. Why is it then, that I refuse to give up an opportunity to go see a Dallas Stars hockey game?

It’s because I’ve discovered that hockey is an awesome and very overlooked sport.

There is a certain electricity in the air for hockey that you can’t get in other sports. In every game the action is always fast-paced and constantly moving, every play is big, a score can happen at any moment and there are always players willing to deal out big hits. While fighting is generally frowned upon in most sports, hockey not only allows fistfights, but fans expect and encourage such behavior. On top of all that, this sport was made by Canadians. Is there really anything else that someone could add to hockey to make it any more magnificent?

Last Friday’s game between the Stars and the Colorado Avalanche was a great example of why hockey is one of my favorite sports and should be followed by more people. Combined, Colorado and Dallas took 56 shots on goal during the game and had 11 power plays. Every hit against the Plexiglas literally rattled the arena and thrilled the crowd. To my complete enjoyment, a couple of fights broke out too. The second period fight between Stars right wing Brandon Segal and left wing Cody McLeod greatly entertained me, but I still give major kudos to Stars defenseman Stephan Robidas for dumping a Colorado player up and over the wall into the Stars bench to start a fight near the end of the third period. When can you ever see that in a baseball or football game?

Even when fists weren’t flying, you could tell by player reactions when tension and momentum was building on the ice. At any moment, you could expect a player to slam an opponent to the ground with a vicious body check or anticipate seeing a brawl going down between two players. The air gets thin and your heart starts pumping faster. With bated breath, you hope that the pressure explodes with an awesome bang. This kind of thing is a thrill you can only get in a hockey match.

As if I haven’t mentioned enough, the sheer speed of the players on the ice and the 90 mph slapshots are more than enough to give you adrenaline usable for the next 48 hours. In every hockey game that I’ve been to, I’ve either been sitting on the edge of my seat or standing and cheering. You just never know what’s going to happen, but you know that it will be great.

Every person needs to go see at least one hockey game in their lifetime. In the times that I’ve gone, I’ve always walked away with extreme satisfaction, regardless of the outcome on the scoreboard. If this thin-blooded Hawaiian can love hockey, I promise that you will too.