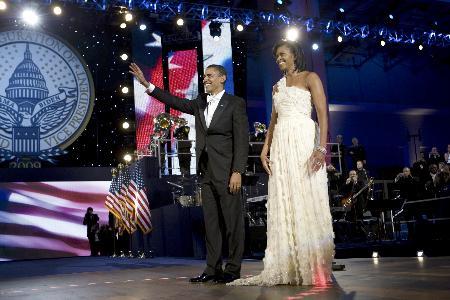 Despite the fact that our country is experiencing the worst economic conditions since the Great Depression, America spent $170 million on President Barack Obama’s inauguration ceremony and the surrounding events.

The federal government contributed an estimated $49 million in taxpayers’ money.

Unfortunately, though, it doesn’t stop there: Washington, D.C., Virginia and Maryland requested an additional $75 million in aid to pay for their share of inaugural expenses.

But what was the largest group of donors to Obama’s inaugural committee?

None other than the bailed-out Wall Street executives who benefitted from the $700 billion bailout package.

I am so glad to know that a portion of the money allocated to save what is left of America’s financial institutions financed the concerts and balls that inaugural committee spokeswoman Linda Douglass told ABC news “are going to connect people, make them feel like we are all in this together.”

Obama’s plan to restore fiscal discipline to Washington by ending wasteful spending has gotten off to a questionable start.