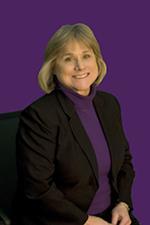 Mary Patton, interim dean for the College of Education, will become the college’s official dean in the fall.

Patton ,who was appointed as official dean last week, said her duties as interim dean have included program development, curriculum development, budgeting and fundraising. Patton said she also worked with the college’s board of visitors in order to connect the college with the community. She has dealt with students, parents, faculty and staff on a daily basis, she said, and she anticipates similar duties as official dean.

“I don’t see anything changing,” Patton said. “But now that I’ve got the dean’s position I expect that it will be ramped up.”

She said she is most excited about the annual retreat in the fall. During the retreat, she said, the faculty and staff of the College of Education will work closely with the board of visitors.

“I really see the fall as being the point where we identify what programs we want to grow and develop more,” she said. “And it’s not the dean’s decision; it’s the dean’s responsibility to make those things happen.”

During her 15 years at TCU, Patton said she has seen tremendous growth and improvement in the College of Education. She said she anticipates that the college will make similarly impressive leaps within the next 10 years.

Sam Dietz, previous dean of the college, said he has worked closely with Patton and is optimistic about her ability to flourish in the position.

“We worked together for a little more than two years, and then she was named acting dean,” Dietz said. “And all during that year I would come in and help her out when she needed it – which was not terribly often. I think she is going to make a terrific dean.”

Dietz said the school will have to tackle several prominent issues, such as the creation of more charter schools, diversifying methods of teacher certification and a further-reaching national focus on special education.

“There are a few issues that are coming up now, and I think the school is extremely well positioned to take them on,” Dietz said.

“I just think it is a wonderful opportunity to be dean in the college at this time,” Patton said. “We have great facilities and terrific students. We are at the point where we are poised to move to the next level.”