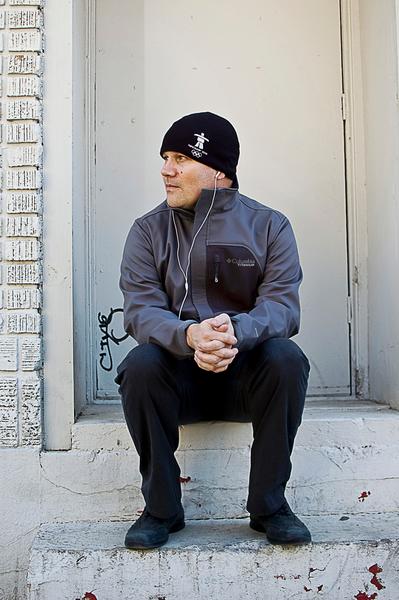 The intellectual journey of philosophy is definitely the road less traveled by TCU undergraduate students.

Every year, the university awards degrees to a handful of brave souls who have spent nearly half a decade reading, analyzing and engaging the argumentation of generations of great thinkers and intellectuals.

Along with the number of philosophy majors, the department boasts a collection of scholars who, despite their all-knowingness, are found by most students to be distinctly cool yet down to earth and easily approachable. And there is no better example than philosopher and overall badass, Professor John Harris.

The Albuquerque native began his undergraduate studies at the University of New Mexico as an accounting major, dreaming of a career as an FBI agent. But after taking his first political theory course, he knew he had found his niche.

He graduated with a bachelor’s degree in philosophy and government and moved on to the University of Colorado in Boulder where he earned his master’s and doctorate and spent his mornings snowboarding.

Before coming to TCU, Harris spent a year at Southern Methodist University. But the Mustangs, he said, didn’t always have their head in the game.

“All of their brainpower is dedicated to fashion,” he said, jokingly. “Had there been a photo shoot in the classroom, they would’ve been more prepared for class.”

Harris interviewed at TCU five years ago with the goal of achieving tenure.

“Fortunately enough, the department was foolish enough to hire me,” he said.

Fearing the same lack of culture he found in Dallas (where he said all there is to do is go shopping), Harris relished the richness of Fort Worth’s culture.

Along with culture, Harris’ affinity for music is an important dimension of his personality. As a young man he developed a passion for gritty bands like Metallica.

“I got really into music in high school being the brooding teenage boy that I was,” he said. “It was an important outlet in my adolescent years.”

As an adult, he said his musical tastes are broad and constantly changing. The most intrinsic quality is that they have meaning.

“My tastes have become so eclectic, I’ve even started listening to opera,” he said.

After his wife bought him a record player, Harris began perusing area record stores. He describes one of his most recent purchases as the most eclectic group of records to ever be bought. He made it home with Tool’s “Undertow,” John Coltrane and classical compositions of Bach and Beethoven.

Harris said he gravitates toward music with lyrical depth and rap is one of his favored genres. He said Aesop Rock and Immortal Technique are among his favorites because of their ability to use their art to explore pressing political issues.

Remaining true to his mixed-bag musical tastes, Harris finds sanctuary in his growing appreciation for the simple instrumentation and deepness of classical music.

Citing Beethoven as a favorite, Harris finds the peace in the composer’s work a perfect complement to philosophy and the worlds of academia and scholarship.

With interest in such a wide variety of music, Harris said narrowing his favorites down to five was a daunting task, but for us he would do his best.