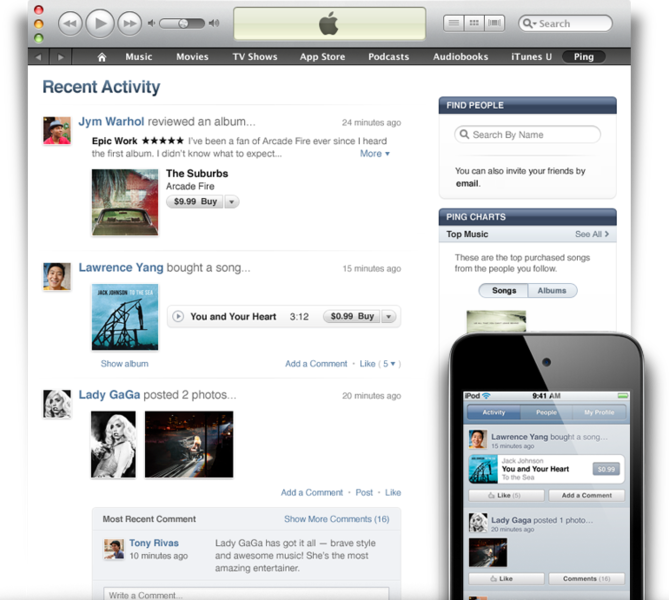 In the first 48 hours after it launched, more than one million users had opened accounts on Ping.

Ping, a social networking service built into Apple iTunes, was introduced last week, along with several other new and updated products.

Tim Halperin, a May 2010 TCU graduate, said he has used social networking sites to promote his music. His songs are available for download on iTunes, however, he is not considered an artist on Ping.

“I created my profile the first day it came out,” Halperin said. “But it’s not a music profile. Sure, it’s Tim Halperin and people can follow me but I can’t even do status updates because I’m not one of Apple’s hand-selected artists that they picked.”

Apple is marketing Ping as a social networking service dedicated to music that allows users to discover new sounds and share them with others.

However, according USA Today, many independent and lesser-known iTunes artists are not featured by Ping. Artist pages on Ping are reserved for a few of Apple’s iTunes artists by invitation only. Apple will gradually invite more artists to launch pages.

Any uninvited artists have to create a user account. These accounts cannot be personalized and can only display music purchases, reviews and comments on artists’ pages.

Steve Jobs, Apple’s CEO, told The New York Times that the product changes were the most significant since Apple introduced its first music player in 2001.

Halperin said he didn’t think Ping was great at the moment.

“It’s really kind of frustrating as an artist because I put all this effort into building up the Twitter and the Facebook,” Halperin said. “And then iTunes comes out with this thing and it’s like “oh my gosh. Another tool that I just have to go out and keep updating and keep people engaged somehow.'”

The service was immediately available to 160 million iTunes users by downloading the latest version of iTunes.

In addition to following musicians, Ping also allows users to follow friends and view their music downloads and reviews.

Olivia Huey, a junior strategic communication major, said she thought she would use Ping.

“I like a lot of bands and you’re able to kind of keep up with them and know what’s going on with them and when they’re releasing an album.” Huey said. “You’re able to just kind of go look and see exactly what you’re looking for.”