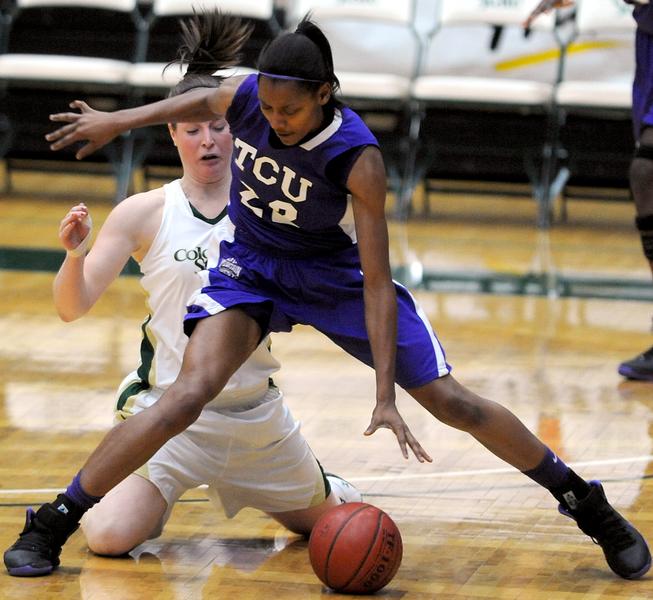 After losing to the Mountain West Conference’s No. 1-ranked team Saturday, the TCU women’s basketball team will be back on their home court Tuesday to play Utah.

Saturday the Lady Frogs lost 70-60 to BYU in Provo. Senior guard Emily Carter scored 26 points and was TCU’s highest scorer of the night. Sophomore forward Starr Crawford was the only other Lady Frog to score in double digits. Crawford also grabbed nine rebounds, which was the team high. BYU, who had four players score in the double digits, received seven votes in the latest AP Top-25 poll after the win over TCU, the MWC’s No. 2 team.

The last time TCU faced the Utes this season, TCU came away with a 56-46 road victory on Jan. 22.

The Utes, ranked fourth in the MWC, head to Fort Worth after a win against New Mexico. Utah beat the Lobos 61-58 on Saturday on their home court. The Utes were down eight points at the half but managed to come back. Sophomore guard Iwalani Rodrigues shot a buzzer-beating three-pointer from the baseline after UNM tied the game with three seconds to go. Utes senior forward Michelle Harrison scored 21 points and snagged nine rebounds. Junior guard Janita Badon also scored 21 points, 18 of which were in the second half. Rodrigues has led Utah in points per game with 14.1.

Tonight will be the 18th meeting between the Lady Frogs and Utes. Utah leads the all-time series 9-8.

TCU won four out of the last five meetings, which has included a four-overtime game in Salt Lake City last season.

The Frogs won both regular season contests last season, but fell to the Utes at the Mountain West Conference Tournament, 69-57.